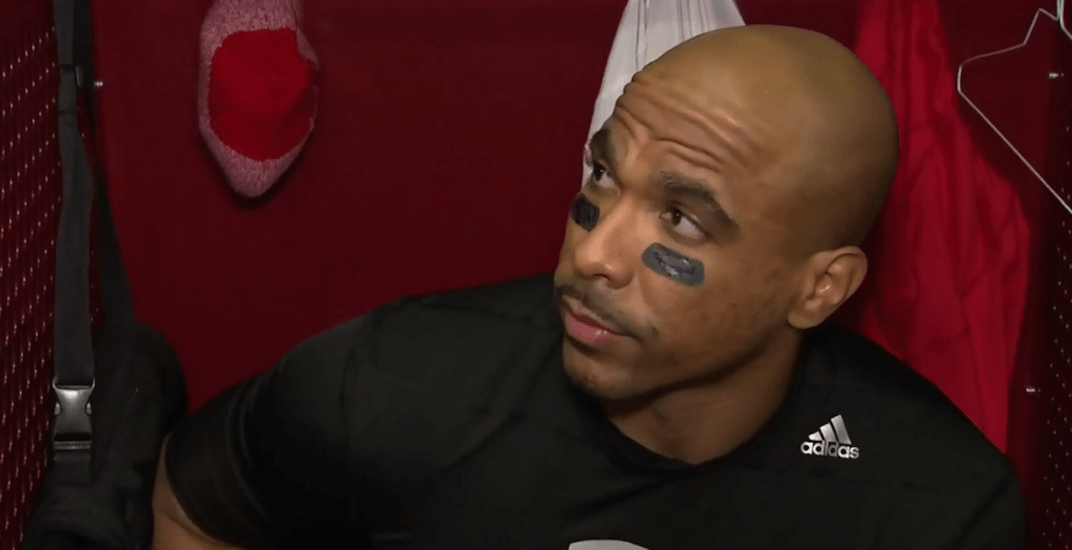 Tell us how you really feel.

Reporters were probably expecting cliche answers when they asked Stampeders receiver Marquay McDaniel about one of the plays that cost Calgary the Grey Cup on Sunday.

Instead, they got brutal honesty.

With the Stampeders up eight points and driving towards Toronto’s end zone with under five minutes to go in the fourth quarter, one lapse in judgement changed the entire complexion of the game.

Stamps receiver Kamar Jorden fumbled the ball at the four-yard line and the Argos capitalized. Cassius Vaughn picked up the ball and returned it 109 yards for a touchdown.

Jorden didn’t have two hands on the ball. His focus should have been on ball security, not breaking a tackle. His team paid the price.

Instead of being up 11 points or more, after a successful two-point conversion, the game was tied.

It was undoubtedly the most regrettable play of the game, and McDaniel didn’t try to sugarcoat it.

“Where are you going? You’re in traffic, put two hands on the ball,” a candid McDaniel told reporters in the locker room. “Go down, at worst, you get a field goal right there. I just don’t get it, honestly. It is what it is.”

Asked by a reporter if he could chalk it up to a teammate trying to make an extra effort:

“No. No. We don’t need extra effort right there. The ball is the most important at that time of the game.”

Here’s part of McDaniel’s comments, caught by a CFL camera:

.@_McDaniel16 speaks candidly about the mistakes that led to the @calstampeders #GreyCup loss

Jorden, for his part, was gutted.

The 28-year-old was having a great game before the fumble. He led his team in receiving yards, with 117, to go along with a touchdown catch.

Credit to him, he owned up to his mistake.

“I just had to be smart with the ball,” Jorden told reporters. “I should have had two hands on it and I let it get away from me.

“I let my team down and I got to deal with the consequences.”

While many people saw McDaniel’s comments as throwing a teammate under the bus, the 33-year-old later clarified his feelings on Twitter.

Y'all too sensitive on twitter lol. I never blamed anyone for the loss. Didn't throw anyone under the bus. If I fumbled I would've said it was stupid football.

Stupid football lost us the game, I wasn't talking about one play. Like I said if I fumbled at that point in the game I'd say it was stupid football. https://t.co/BTL1y7NxiM

Upset two years in a row in the Grey Cup, this will be a tough game to recover from. It should be an interesting offseason for the Stamps.