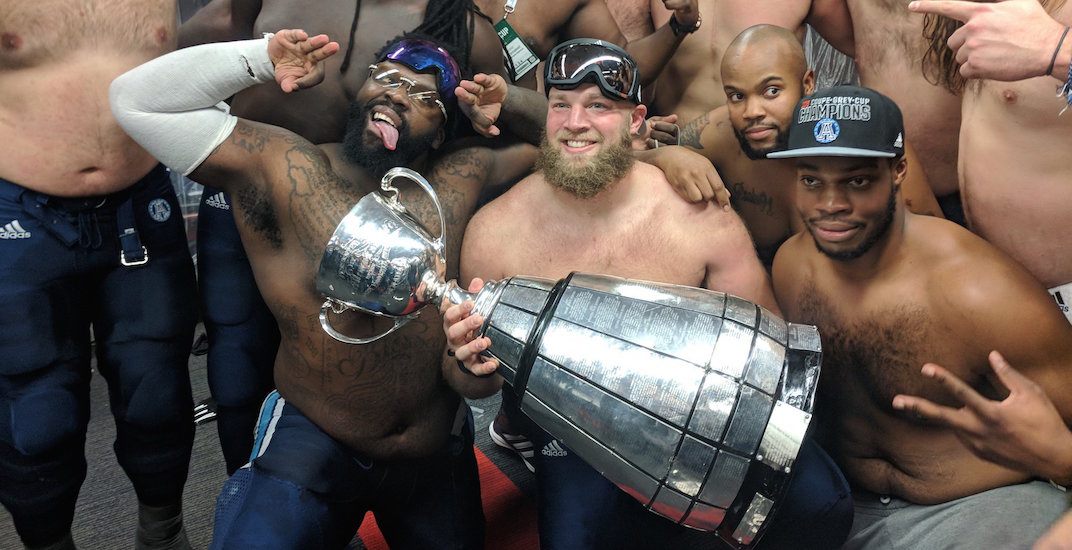 You have never partied like the Argos partied on Sunday night.

A Cinderella team, the Toronto Argonauts partied like rockstars in the dressing room at TD Place Stadium in Ottawa after their comeback Grey Cup victory over the Calgary Stampeders.

Toronto was the worst team in the CFL in 2016 with a woeful 5-13 record. After a pedestrian 9-9 record this year, not much was expected of them in the playoffs.

And down eight points with under five minutes to go in the Grey Cup to the powerhouse Stampeders, the game looked all but over.

But a 109-yard fumble return for a touchdown gave them hope. A successful two-point conversion tied the game. And a march down the field by Ricky Ray to set up the go-ahead field goal gave them the lead.

It was an instant classic in the snow and the boatmen came out on top.

You saw them celebrate on stage with the Grey Cup on television, but the real fun started when the team got into the dressing room.

When the #GreyCup interrupts your post-game speech…..