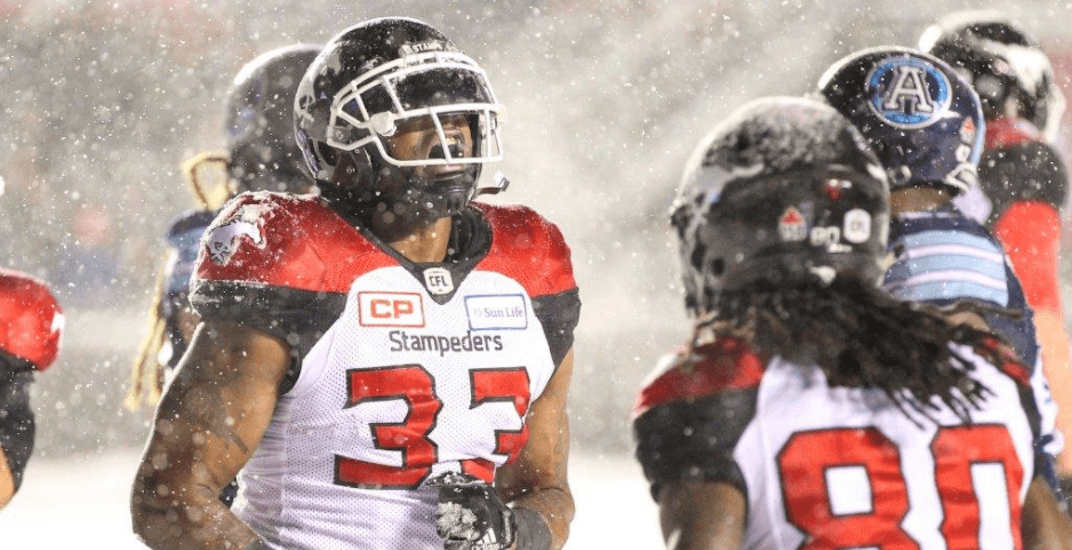 That was… painful to watch, to say the least.

Coming into the Grey Cup as favourites for the second year in a row, you’d think the Stampeders would be able to bring the Cup home in 2017, and, for a while there, it looked to be true.

And finally, the interception.

Up eight points and then, just like that, losing 27-24 to the Toronto Argonauts on Sunday, the Calgary Stampeders weren’t exactly the city’s favourite group by the end of the fourth quarter.

Many fans took their frustrations, despair, and (on much fewer occasions) congratulations to Twitter following the big game.

It’s not all anger, resentment, and hopelessness, but the wounds are definitely still fresh for Stampeders fans everywhere.

The Stampeders ability to be the best until it actually matters is impressive in the worst way.

What a Canadian way to end the #GreyCup. The #Stampeders had the game won but politely handed the game over to the #Argos. #Polite #CanadianWay #YoureWelcome #ThankYou

Aww, too bad, Calgary Stampeders could’ve won the Grey Cup. Until next season then. 😐

At least we got to see some #ShaniaTwain. Nothing wrong with that. However the #Stampeders game? Well, that don’t impress me much. #CFL #GreyCup2017 #GreyCupSunday

I did not know I could care about sports, but thinking the Stampeders had it in the bag until the very end WOUNDED ME. #GreyCup