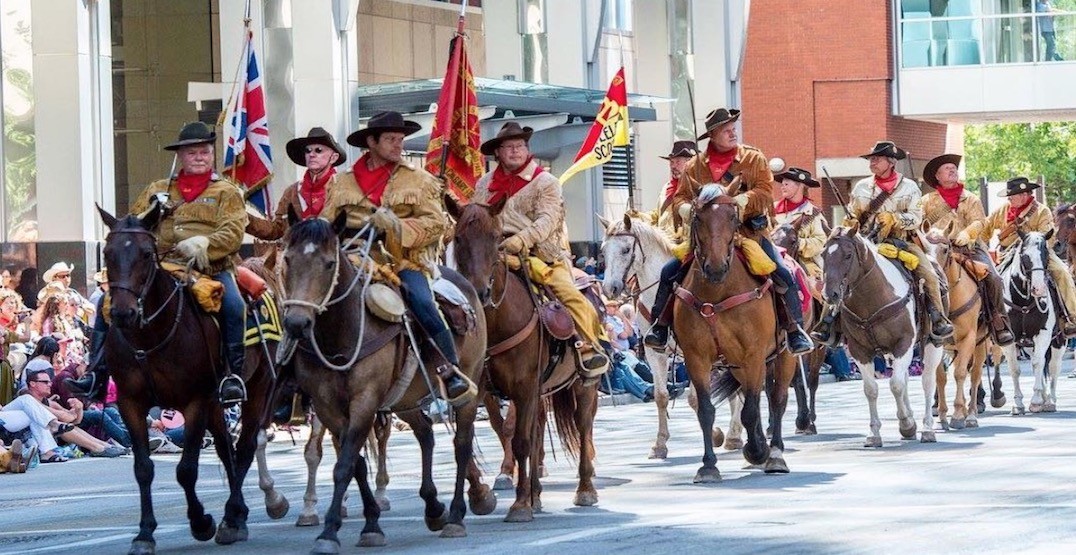 Following its cancellation in 2020 and a virtual format in 2021, the Calgary Stampede plans to host its famous parade again this year.

The Stampede teased the return of the parade in an Instagram post on Monday, showing an archival photo of the 1912 edition of the event alongside the caption “The Stampede Parade has been with us since the beginning, and it’s back for 2022!”

On its website, the Stampede notes that the parade is a key part of the city’s cultural identity.

The event has served as the official kickoff for the Great Outdoor Show on Earth since 1912, with majestic horses, creative floats, and festive marching bands helping to entertain the community and build even more enthusiasm for the 10-day festival.

“It’s not just a parade marching down a street; it is a march through tradition, history and Calgary’s culture,” says the Stampede on its website.

And if you’re interested in participating in this iconic event, float applications are now open, so be sure to jump on this fun opportunity ASAP.

The 2022 Calgary Stampede Parade Marshall has yet to be announced, but whoever it is will join the ranks of Walt Disney, Bing Crosby, William Shatner, and other notable figures, so you know it’s sure to be someone noteworthy.

This news follows the announcement that the chuckwagon races are also slated to return to the Stampede this year, re-joining the nightly Evening Show.

While details on how to watch the 2022 parade are still to come, we can’t wait to pull on our cowboy boots and belt out a hearty “yahoo!” (or “yeehaw!” – has that argument ever been settled?).