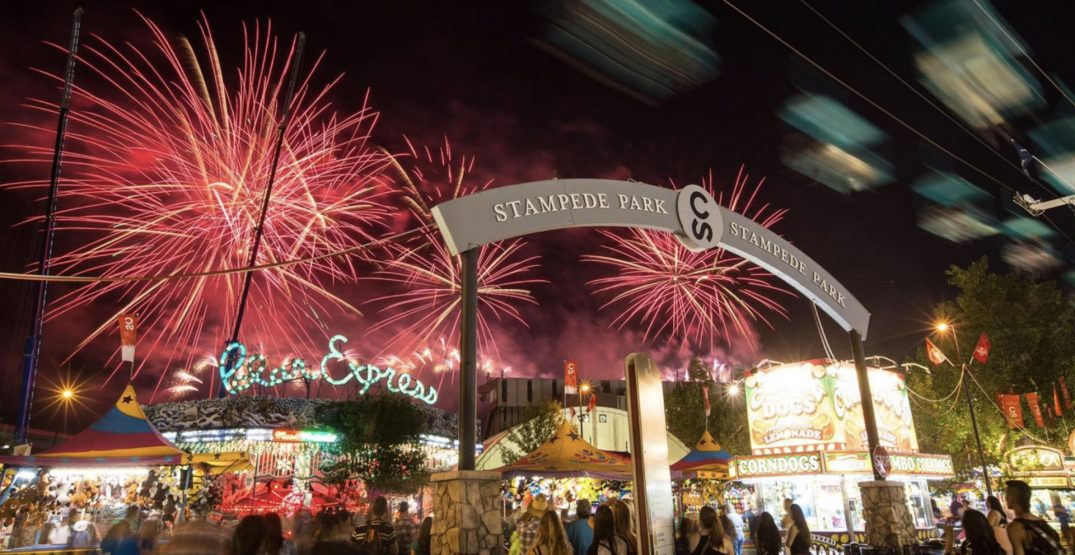 After being put on hold in 2020 due to the pandemic, the Calgary Stampede (and its spectacular fireworks show) is making a comeback this year.

To celebrate, the Stampede will be sharing the love across the province so that Albertans can take part in the “Yahoo” spirit without even leaving their communities.

In addition to Calgary, fireworks will light up the sky in Edmonton, Red Deer, and Lethbridge on Friday, July 9.

“We invite all Albertans to join together in celebration as we light up the night sky in recognition of our shared goals and bright future for our province,” says the Stampede, adding that this incredible display will be a must-see, as it’s the largest and most sophisticated firework event produced in Canada this year.

Since 1912, fireworks have played an important role in Stampede celebrations. In 2021, the sparkling displays will take place at the same time in all four participating cities, in coordination with the Calgary Stampede Evening Show’s fireworks on the first night of the 10-day event. Shows will be set to a synchronized musical soundtrack.

“This is our way of lighting up the Alberta skies and providing the opportunity to celebrate together,” says Steve McDonough, President & Chairman of the Stampede Board. “Thousands of Albertans will be able to view this amazing firework show from their own neighbourhood at the same time, with the same soundtrack.”

The Fireworks Spectacular will feature four identical displays in each city (Calgary, Edmonton, Red Deer, and Lethbridge) beginning at 11 pm on July 9.

Event organizers welcome Albertans to participate in this free, family-friendly celebration. More information and viewing locations for each city can be found on the Calgary Stampede website, and the show will also be broadcast live on CTV Calgary, CTV2, and CTVNews.ca for those who prefer to watch from the comfort of their own home.

Those who want a front row seat to the action can grab tickets for the 2021 Calgary Stampede Evening Show to catch the live display – it’s sure to be epic.