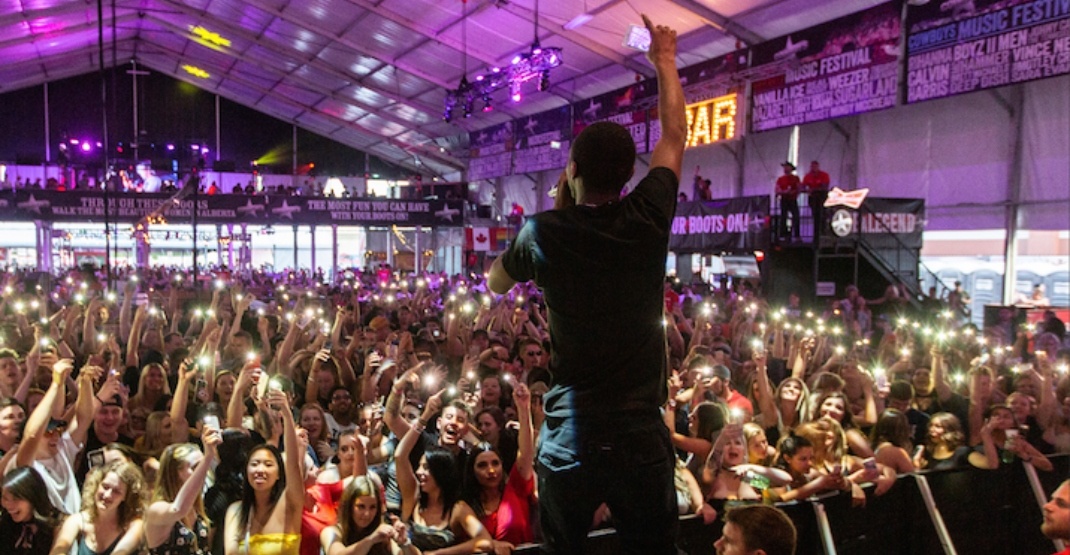 It’s time to put on your cowboy hats and boots.

The Cowboys Music Festival has announced the entertainment they’re bringing to town for the Stampede, and this year’s lineup is already stacked.

The festival has invited American country-singers and songwriters Brett Eldridge and Lee Brice as well as the iconic TV star Guy Fieri to be featured at this year’s Cowboys Music Festival Tent.

Their performances will be on Wednesday, July 10 and Thursday, July 11. Tickets can be purchased on their website. Concert gates open 5 pm and Guy Fieri’s cook-off starts at 12 pm.

Standing tickets for Brett Eldridge’s concert can be bought for $79.99 and for Lee Brice, you can get them for $39.99.

A post shared by Cowboys Music Festival (@cowboysmusicfestival) on Jun 6, 2019 at 9:04am PDT

Guy Fieri will head the Cowboys Cook-Off BBQ Invitational 2019. If you’re curious, you can purchase a spectator ticket for $20 — though if you’re hungry, you can watch and gorge on a BBQ buffet for an extra $15 — Guy Fieri’s very own BBQ Buffet!

A post shared by Cowboys Music Festival (@cowboysmusicfestival) on Jun 6, 2019 at 6:26am PDT