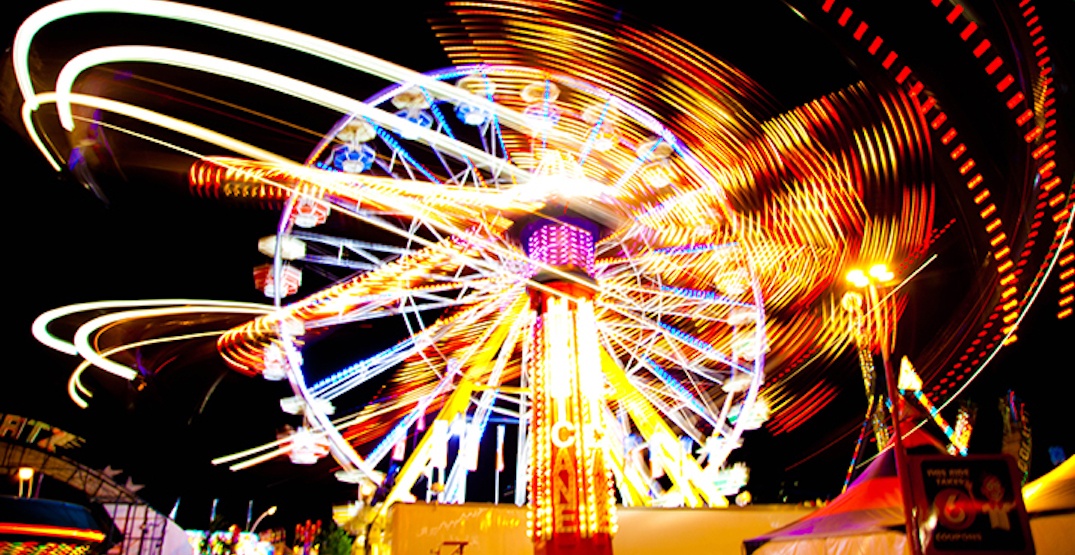 Monday’s aren’t usually the most exciting nights of the week, but Calgarians know that all conventions are thrown out the door when the Stampede rolls in.

Coca-Cola’s IgNITE the Night will take place on Monday, July 8 for the 2019 Calgary Stampede, providing a wild night of Midway rides, live music, and a gravity-defying stunt that could potentially make history.

4KORNERS, the Toronto Raptor’s own DJ, will be blasting the music on the Midway late into the night, which makes for the perfect soundtrack for the late night rides that stay open until 1 am on Tuesday morning.

Attendees will be able to pick up a 6 pm to 1 am unlimited Midway ride pass for $29.99 on the day of Coca-Cola IgNITE the Night.

The entire party kicks off at 6:30 when Nik Wallenda will attempt to break his own personal record for the Longest Urban Tightrope Walk.

He’ll be making the long trek of 1,703 ft (519 metres, or just over half a freaking kilometre) starting from the Kid’s Midway and ending at the Rotary House.

Admission to IgNITE the Night is included with regular Stampede Grounds admission on Monday, July 8.

When: Monday, July 8, 2019
Time: From 6 pm to late
Where: Stampede Grounds
Admission: With regular Stampede admission, and $30 for unlimited rides from 6 pm to 1 am