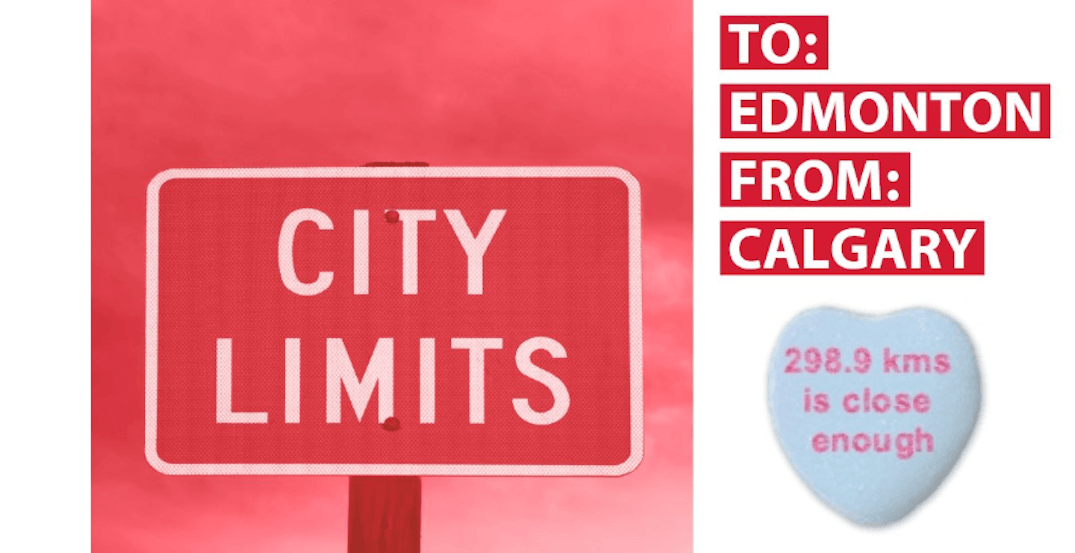 Poor Edmonton is getting some tough love from the City of Calgary.

In celebration of the most romantic day of the year, Calgary’s official Twitter account has sent out a few borderline shady Valentines to its neighbouring towns and cities.

Ol’ YEG got it the worst, with the Valentine featuring a candy heart reading “298.9 kms is close enough.”

The Town of Banff was evidently a fan of the Valentine, raising a (gif) glass to the lighthearted rub.

Calgary also sent Valentines via Twitter to Red Deer (“You are so deer to us”), Lethbridge (“You blow us away”), Fort McMurray (“We <3 your energy”), and Alberta as a whole (“YYC <3 AB”), though none got quite the shade that Edmonton received.

This isn’t the first time that shady Valentines were sent from Alberta, either, as last year saw the Alberta NDP send quite the cutting poem to BC while the two provinces were in the throes of that wine and pipeline dispute.

Because what’s Valentine’s Day without a little drama, right?