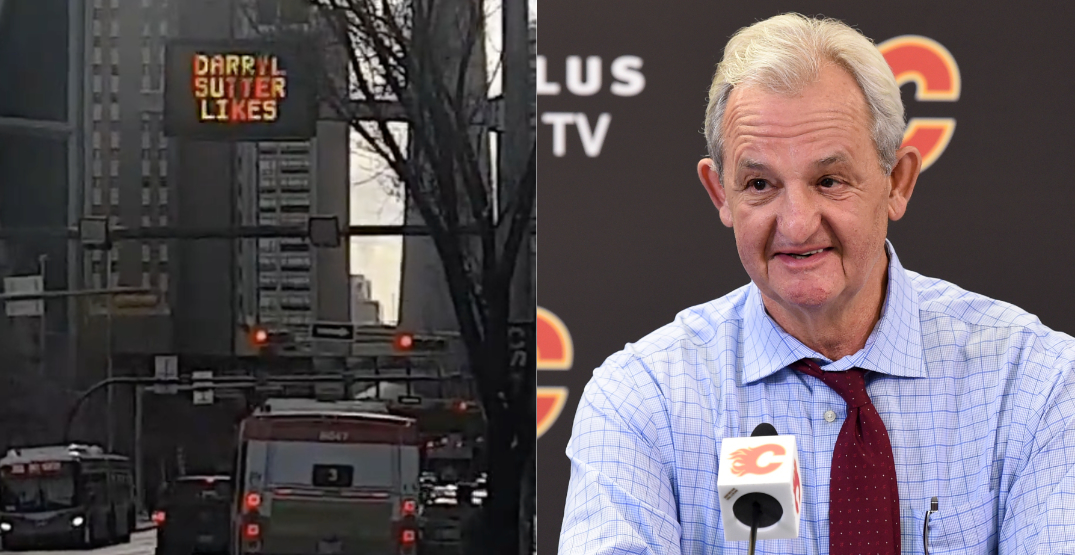 The City of Calgary wants you to take a little Darryl Sutter inspiration from the ice to the road.

In a sign on Centre Street near 3 Avenue South, the City reminds drivers of the kind of tactics the current Calgary Flames head coach prefers.

The sign points to the Flames’ sudden stinginess under Sutter.

As a result, the Flames are tied for tops in the Western Conference with the Minnesota Wild and lead the Edmonton Oilers by three points for first in the Pacific Division.

The Sutter sign is part of the City of Calgary’s Traffic Tuesday program and came via a citizen recommendation. Every Tuesday a new safety message is displayed on select Calgary roadways.

Past signs include “Don’t be dim, use your headlights” and “Get your head out of your apps.”