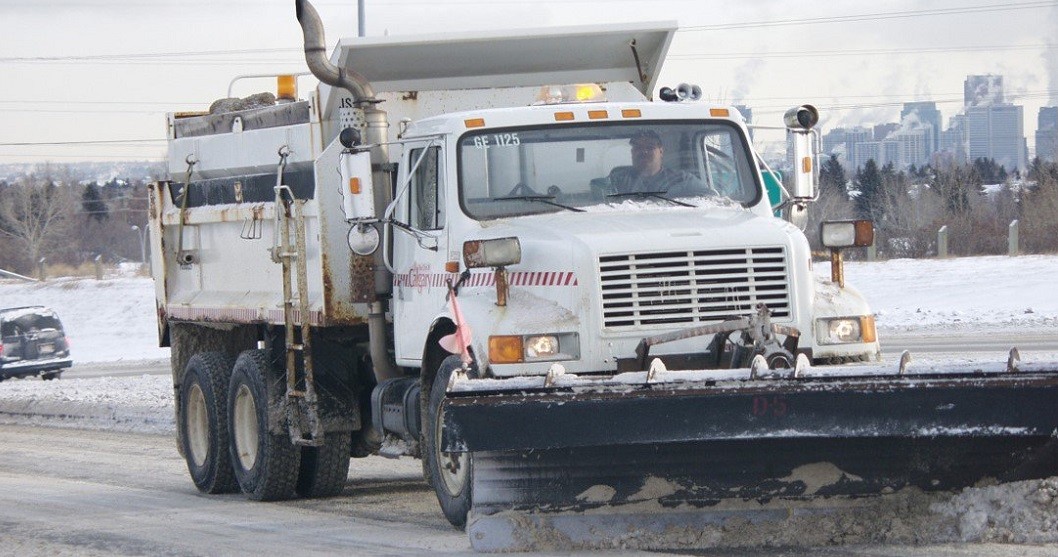 Calgary’s roads are currently something of a mess.

The weekend snowstorm hit this city hard, and while the flakes are finally letting up, they’ve left quite the cleanup behind.

A release from the city noted that residents and homeowners are responsible for clearing the sidewalks that are adjacent to their properties, while they will be working to clear city-maintained-sidewalks, bike lanes, and some park pathways.

Any commuters grumbling about the conditions on Deerfoot Trail and Stoney Trail will have to take that up with the government of Alberta, as the snow plans for those roadways fall under the jurisdiction of the province.

“The through-lanes on the major roads are in good winter-driving condition. However, turning lanes, ramps, bridge decks, and collector roads may be icy and snow-covered,” the release states.

“Calgarians are advised to watch for trouble spots such as hills and bridge decks, and to slow down and drive for winter conditions.”

A full map of current road conditions is available at the City of Calgary’s website.

The city may actually see some help from Mother Nature later this week, as well, as it is expected to hit a high of 16°C by the end of the weekend.

Until then, just be sure to drive safe and clear your sidewalks, Calgary!