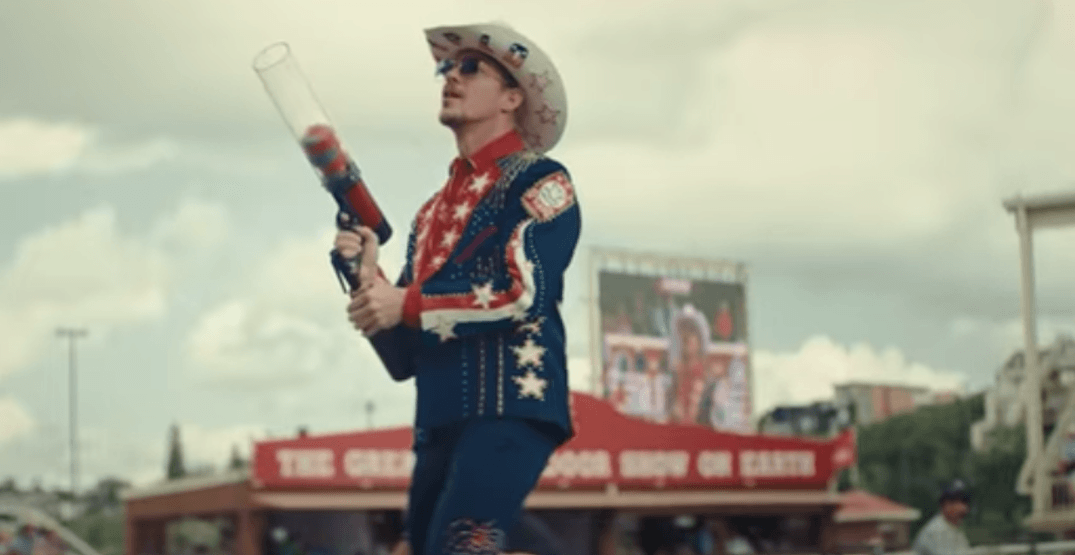 While Calgarians and visitors had the chance to see some epic performances go down during the Stampede this year, it’s clear that some celebs, like Diplo, were excited to experience The Greatest Outdoor Show on Earth for themselves.

The American DJ was in Calgary to perform as a part of EXSTERNO Festival at The Palace Theatre, which went down over the weekend as a part of Canada’s first MAXIM Magazine party.

The artist posted over a dozen Instagram stories of his adventure on the grounds, which included everything from the rodeo to the midway to behind the scenes rubbing shoulders with the horses.

The internationally-recognized DJ was wearing the ultimate Western get-ups while perusing the grounds, drinking Bud Light, and feeding the animals.

Now, the Calgary Stampede itself is featured in the DJ’s new music video, and keen-eyed viewers can relive this year’s event along with Diplo.

Check out the video below, and see if you can spot some of the familiar sights from this year’s Stampede for yourself.