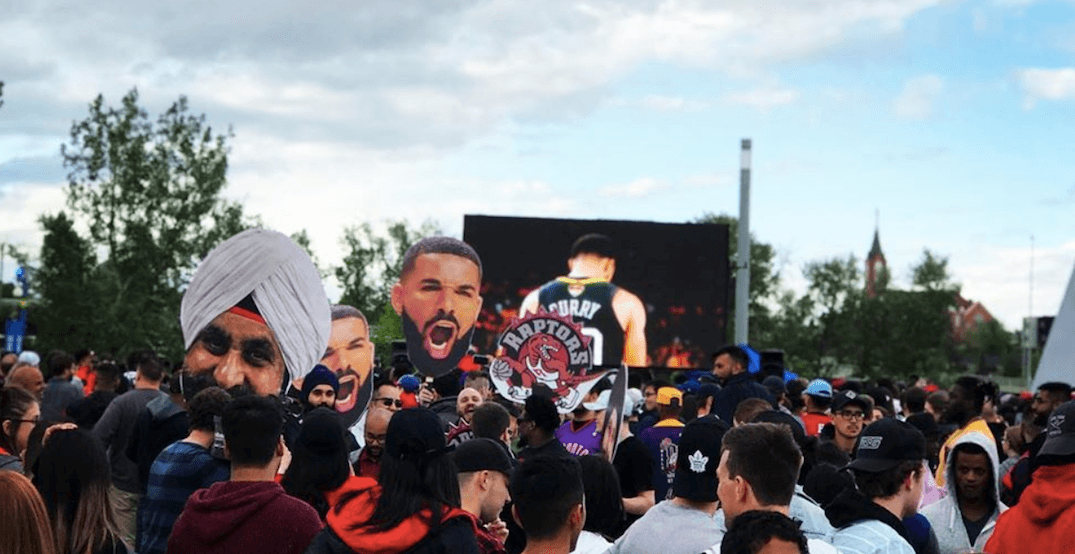 Thursday night could be a historic night for Canadian basketball fans.

The Toronto Raptors will take on the Golden State Warriors in Game 6 of the NBA finals, and with Canada’s team just one win away from taking the Larry O’Brien Championship Trophy home, it could mark the first time that a team north of the Canada-American border has ever accomplished the feat.

Calgarians will be able to tune into tip-off at 7 pm MT, though if you’re looking for the place to be to watch and celebrate the (potential) win, there’s no better spot than Fort Calgary.

For the second game in a row, the East Village area will play host to a YYC viewing party, complete with food trucks, cheering fans, and a huge screen, according to the Facebook event.

The event will move slightly east, taking place at Fort Calgary rather than at the end of the George C. King Bridge where it was hosted on Monday.

Attendees are encouraged to walk or bike to the viewing party, though there is also parking available on the street or under the Alt Hotel.

The event is unfortunately not licensed, so you won’t be able to have a beer while watching the game — though we’re sure a savvy fan will be able to find a nearby bar for some quick intermission drinks.

It is also noted on the event page that the viewing party will be subject to the weather, though barring thunderstorms or extreme winds, the event will go on as planned.