The weather around Calgary is about to get a little wild.

While we’ve been experiencing some rather mild days at the tail end of this spring — at least in comparison to the devastatingly cold winter we just saw — Mother Nature has decided to throw Calgarians something of a curveball this week.

It was clear earlier this week that a significant rainfall was on its way for the weekend, but now an updated forecast claims that the entire downpour will be started off with a risk of “strong thunderstorms.” 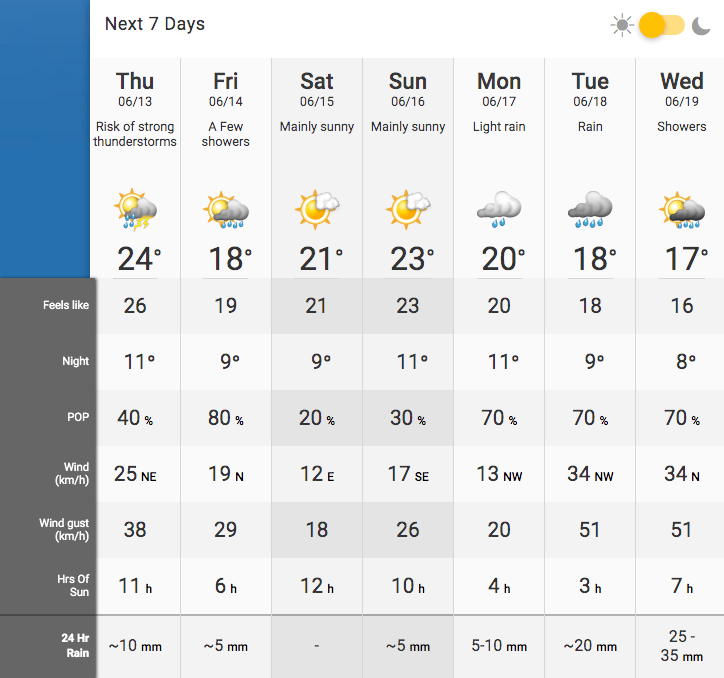 At least that’s the wording that The Weather Network is going with, alongside a 40% chance of precipitation, around 10 mm of rain, and wind gusts of up to 38 km/h.

Environment Canada is also predicting potential thunder on Thursday afternoon, though they have the day pegged at a 30% chance of rain and northwesterly winds blowing at up to 40 km/h. 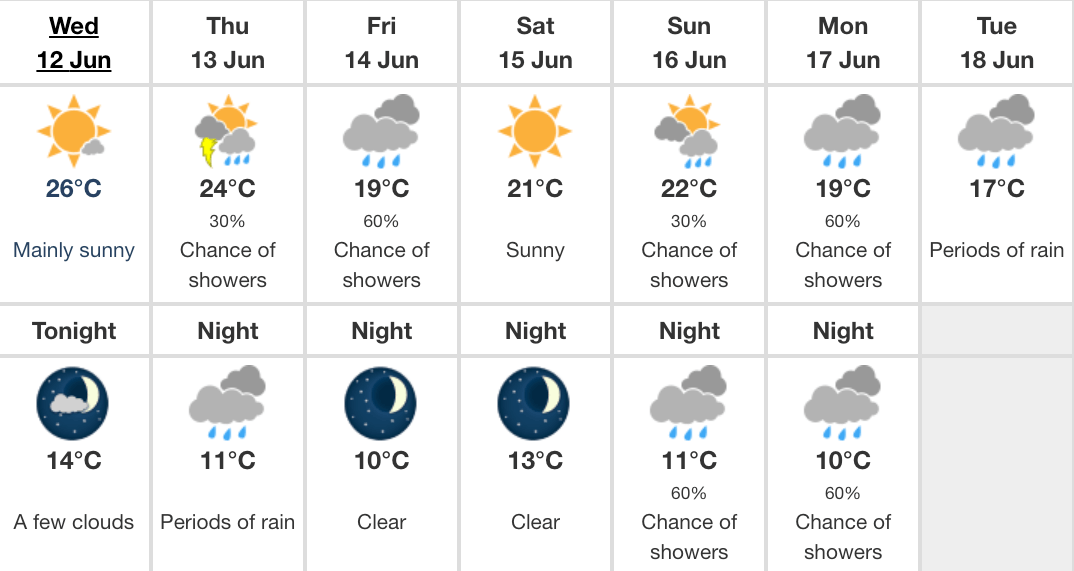 Either way, your umbrella likely won’t stand a chance.

Environment Canada’s forecast also calls for periods of rain throughout the night and a low of just 11°C — hardly the summery weather we’ve been hoping for, but we’ll keep our fingers crossed that the skies will clear up by June 21.