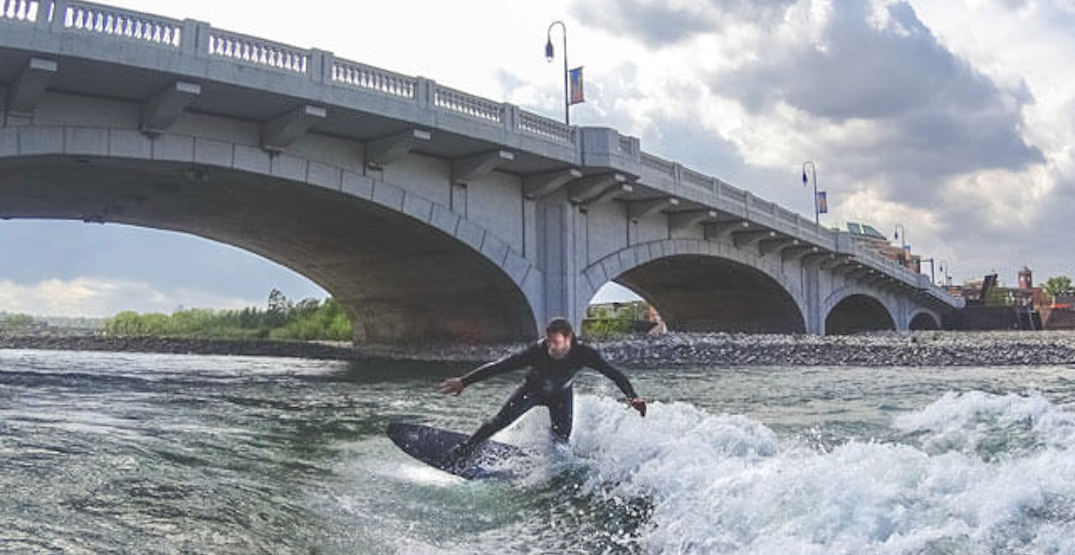 The city may be hundreds of kilometres away from the nearest coastline, but that doesn’t stop Calgarians from catching a wave right here at home.

Anyone who has strolled over the 10th Street bridge on a  not-freezing day may have seen a few people out in the water, surfboards in hand.

That’s because the Bow River creates a natural, standing wave just downriver from the bridge, allowing surfing enthusiasts the opportunity to continuously ride — when the wave is large enough, that is.

The 10th Street Wave — and river surfing throughout Alberta in general — has even been highlighted by Tourism Calgary as a potential draw for visitors from around the world.

Organizations like Surf Anywhere and the Alberta River Surfing Association have made huge strides in increasing the popularity of the sport in this province, and are even championing an urban beach and additional waves on the Bow River through a $6 million project.

A feasibility study and concept design have been completed, and if approved by the City of Calgary, Calgarians can expect the new waves and beach to be operational sometime between 2023 and 2028.