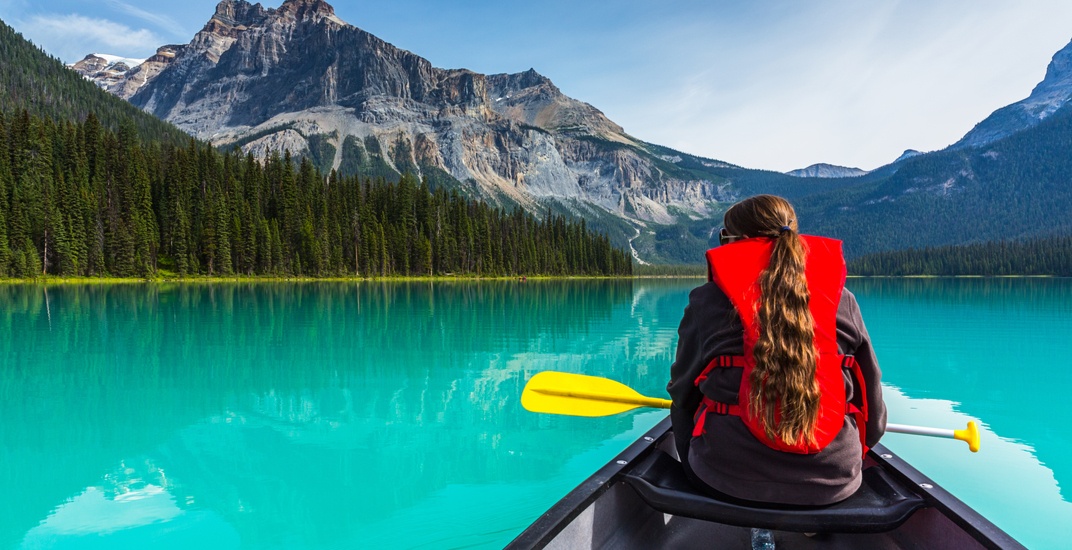 As we head into the first week of June, it’s officially time to start counting down to summer.

Which coincides perfectly with The Weather Network’s long-term summer forecast.

The annual summer outlook forecasts the weather for the months of June, July, and August, and temperatures are definitely expected to heat up.

Western Canada is in for another hot and dry summer, with the threat of wildfires looming, while parts of Alberta, Ontario, and Quebec are expected to be cooler than last summer, according to The Weather Network. 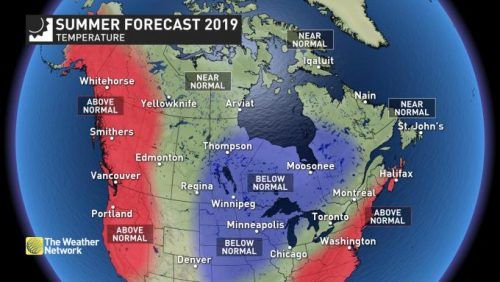 Here’s what summer will look like across Canada this year:

British Columbians can look forward to a very warm summer, with a “heightened risk” for extended periods of hot and dry weather—especially in the interior. Parts of the region have already experienced summer-like heat, which has resulted in an early start to wildfire season. However, because of this, The Weather Network says it’s a concern for what’s to come later this summer, as there’s a threat for wildfires and smoky conditions.

A “changeable summer” is expected in Alberta this year, as back and forth temperature swings may come close to offsetting each other. A hot summer is expected just to the west while a cooler summer is expected to the east, making it possible for one of these patterns to “shift or expand” and dominate the region for the season. Wildfire smoke coming in from the west and northwest is expected to be an issue again this summer, which means more hazy days are on the horizon.

As for summer precipitation, rainfall amounts are expected to be near normal across most of the province, but the areas closer to the US border may be wetter than usual, while areas northeast of Edmonton are expected to be drier than normal. 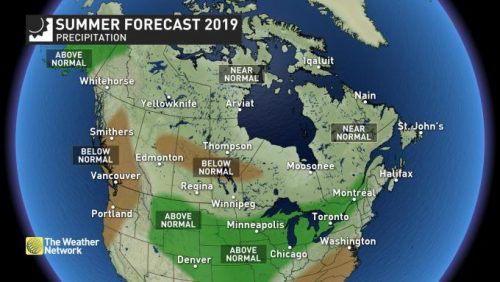 Similar to Alberta, a “changeable summer” is expected in the region, with back and forth temperature swings that will likely shift into the cool side of normal across eastern Saskatchewan and Manitoba. To kick off growing season, most of the region is already experiencing drier than normal conditions, however, near-normal rainfall is expected in most of the region, reducing the threat for widespread and prolonged drought conditions.

Additionally, part of central and northern Saskatchewan and Manitoba face the risk of drier than normal conditions, while wildfire smoke from the west will also be an issue.

Ontario and Quebec can expect a humid summer, with less extreme heat compared to last year. Heading into June, this region will “struggle” to see consistent warmth, and typical mid-summer weather most likely won’t arrive until mid and late summer. The Weather Network says near normal temperatures are expected across southern areas and cooler than normal temperatures in the north. However, residents can look forward to the trend of a warm September with above normal temperatures expected throughout the region.

With both warm and cool patterns expected, The Weather Network says there’s a chance that one pattern could dominate at times and one pattern may take over and become the dominant pattern for much of the season.

But with this constant battle between patterns comes the threat of an “active and stormy” pattern, which is expected well into summer with a heightened risk for thunderstorms and severe weather, which includes flash flooding.

Additionally, extended periods of dry weather could lead to drought concerns, but The Weather Network says a few moisture-laden systems should bring rainfall totals to near seasonal.

A warmer than normal summer is expected for the Yukon and western Northwest Territories, and near normal temperatures are expected for eastern Northwest Territories and Nunavut, according to the outlook. While near normal precipitation is expected across most of the region, wetter than normal conditions will dominate in western parts of the Yukon. Additionally, there is a heightened risk for wildfires and smoky conditions this summer.

With that being said, have a happy summer, Canada!