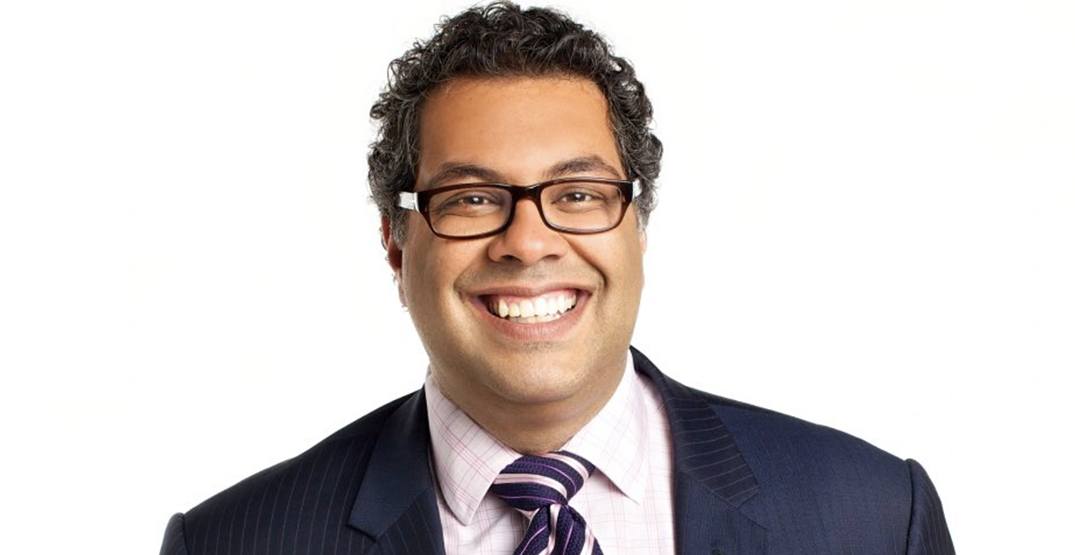 Naheed Nenshi has been re-elected Mayor of Calgary.

The unofficial results from Elections Calgary have Naheed Nenshi back at city hall next Monday for his third term as mayor.

In a victory speech late Monday night, Nenshi thanked his “purple army” supporters and looked ahead to the future.

“Seven years ago I stood on a stage a lot like this one in a dank, dark basement,” Nenshi said to the crowd at National. “I was sweating like nobodies business, and we talked about how we were starting a journey together.”

The victory comes after an astounding turnout at the polls this election, with some stations being so busy that they actually ran out of ballots.

Nenshi had overtaken runner-up Bill Smith by 12,000 votes by the time his victory was called, but it wasn’t until roughly an hour later that he made his speech in front of his supporters, friends, and family.

“To Bill Smith, thank you. Thank you for putting your name forward. You worked every single day to make this community better… we all thank you for your service.”

“Supporters, donors, every single one of you, thank you for your love of this community. You have my deepest most heart-felt thanks for your tireless support, you are the very best of citizens, you are the very best people I know. Never ever ever in a million years, would I ever have thought people would give up so much of themselves for me, and for this community, I love you all so much.”

“Our best days in this wonderful place are ahead of us,” Nenshi said as he concluded. “And we will never stop working hard to make it happen”