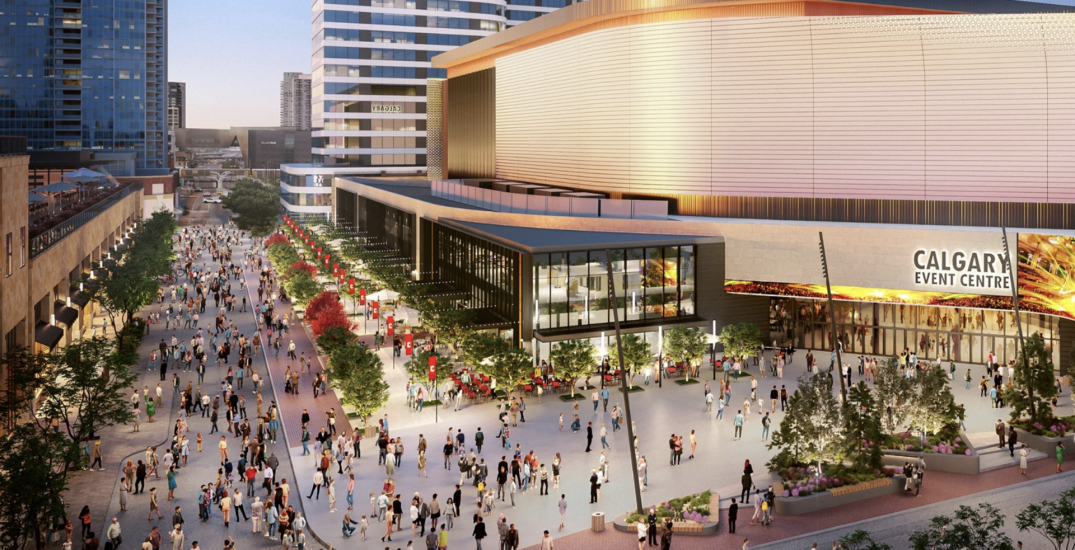 The Calgary Flames have issued a statement after Mayor Jyoti Gondek informed Calgarians that the Calgary Sports and Entertainment Corporation (CSEC) intended to pull the plug on the deal for the city’s new arena.

Gondek took to Twitter to explain the situation on Tuesday, saying that she had spoken to Flames owner Murray Edwards.

“He informed me of the Flames intention to pull the plug on the Event Centre deal,” Gondek said.

The new Calgary Events Centre received a development permit on November 19, which was one of the final steps needed prior to construction, which was expected to begin next month.

Gondek said she was in favour of the $550 million deal agreed to in 2019, which would see the team and city splitting the costs.

In a statement released on Tuesday evening, CSEC said that their primary objective in pursuing the Event Centre Project has been to provide Calgarians a first class facility with an entertainment experience, not only for hockey, but for other events including concerts, comparable to other major cities.

“However,” reads the statement, “at this point, it is clear that the City and CSEC have been unable to resolve a number of issues relating to the escalating costs of the project.”

According to the statement, when the project agreements were first executed in December 2019, the City of Calgary and CSEC agreed to a cost sharing arrangement of 50/50 with respect to the design and construction of the new Event Centre.

When these costs increased to $608.5 million in July 2021, the City informed CSEC they were not able to fund their 50% share. Under the terms of the Project Framework Agreement, this would have resulted in termination at that time.

Instead, CSEC agreed to fund a larger share ($321 million to the City’s $287.5 million) and accepted the risk of reasonable future design and construction cost increases related to the Event Centre.

However, recent cost estimates place the total cost of the Event Centre at $634 million, which means CSEC would be responsible for an additional $25.5 million. According to CSEC, there are also $19 million of new cost items related to infrastructure and climate being insisted upon by the City, for which they are seeking an additional $10 million in funding from CSEC.

“While CSEC was prepared to move forward in the face of escalating construction costs and assume the unknown future cost risks,” reads the statement, “CSEC was not prepared to fund the infrastructure and climate costs that were introduced by the City following our July agreement and were not included in the $608.5 million and are not included in the current cost estimate of $634 million.”

The statement notes that the failure of the City and CSEC to find a viable path forward was not based upon simply “the last dollar” in the table; but rather was based upon the accumulated increase in CSEC’s share of the costs. This includes the infrastructure and climate costs, the overall risk factors related the the Project, and the inability of CSEC and the City to find a path forward that would work for both parties.

CSEC says that, while not ideal for Calgarians nor competitively for the Flames, the people of Calgary should understand that nevertheless CSEC’s intentions are to remain in the Scotiabank Saddledome.

“We are deeply disappointed with the outcome,” reads CSEC’s statement.