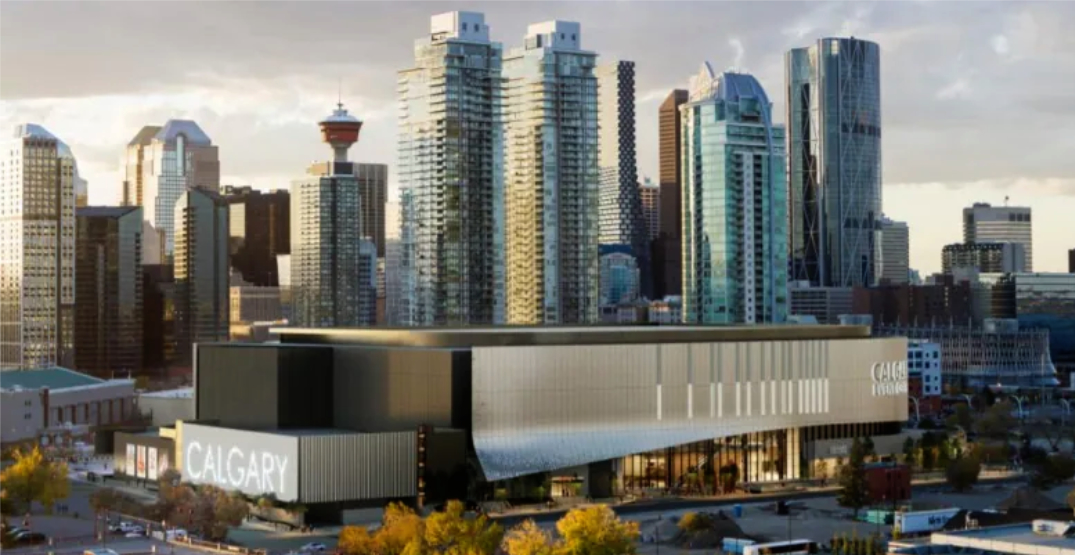 The Calgary Flames are one step closer to their new home.

The Calgary Events Centre has received its development permit, approved by the Calgary Planning Commission in a unanimous 8-0 vote Thursday.

The permit is one of the final steps needed prior to construction, which is expected to begin in January 2022.

There are also almost 80 conditions that need to be met before the permit will be released to local firm Dialog Architecture and global firm HOK, including exterior design considerations and transportation and landscaping concerns.

Once conditions are met and any appeals are handled, and with a building permit issued, construction can commence on the new events centre, which will be located at the intersection of Olympic Way and 12 Avenue SE — just north of where Scotiabank Saddledome currently sits.

Attendance figures for hockey games are expected to reach 18,377, with boosted figures of 20,203 for concerts.

It is expected that the venue, of which a new rendering was presented to the Calgary Planning Commission on Thursday, will be a significant feature in the further development of east Victoria Park, with restaurants, retail, and outdoor public space completing the zone.

The Calgary Events Centre will replace Scotiabank Saddledome, constructed in 1983.

The cost of the project is estimated at $608.5 million.