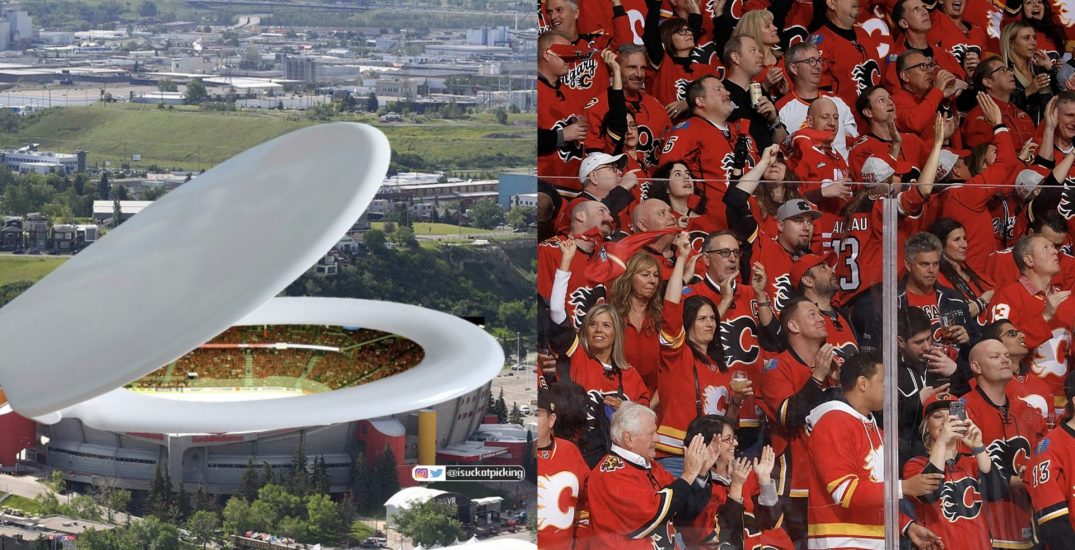 It looks like the Calgary Flames won’t be saying goodbye to the Saddledome after all.

At least not yet.

On Tuesday, Calgary Mayor Jyoti Gondek informed Calgarians that the Calgary Sports and Entertainment Corporation (CSEC) intended to pull the plug on the deal for the city’s new arena deal.

Gondek said she was in favour of the $550 million deal agreed to in 2019, which would see the team and city splitting the costs. The new Calgary Events Centre received a development permit on November 19, which was one of the final steps needed prior to construction, which was expected to begin next month.

CSEC responded in a statement released on Tuesday evening, saying that their primary objective in pursuing the Event Centre Project has been to provide Calgarians a first class facility with an entertainment experience, not only for hockey, but for other events including concerts, comparable to other major cities.

“However,” reads the statement, “at this point, it is clear that the City and CSEC have been unable to resolve a number of issues relating to the escalating costs of the project.”

With plans for the arena deal falling apart, Calgary Flames fans’ reactions ranged from outrage to relief to disappointment.

Math is hard. Climate mitigation levy $4m, and the city ponied up an extra $6.5m – 6.5 is MORE than 4 so the levy is covered and CSEC are being whiny bitches over the cost of one star player

Just another step in Calgary becoming a ghost town.

honestly the Flames being owned by a crypto/NFT bro is really the next logical step for Calgary’s hockey team as man in celebrate moving abandoned O&E explorations sites into bitcoin mining facilities.

With the arena deal falling apart in Calgary it’s not too late for the #Flames to use my design for an upgraded retractable roof for the Saddledome. #YYC pic.twitter.com/ZP0KGXldAA

But if the Flames leave where will I buy over priced beer? OH THE HORROR!!!!

I’m not a flames fan nor do I follow what’s going on with them or the city but from what I could understand the deal was a 50/50 at first and when the costs went up a little the city said they couldn’t pay 50% so the flames took the burden and now the city is asking for more?

“why do the calgary flames need a new arena” the themed toilets are acting up again pic.twitter.com/dKkxv7TqG6

Renovating the saddledome in the end isn’t worth the money.

At least maybe one day, the new arena in Calgary will get a better design than the one they currently had. Wasn’t a fan of that building at all.

If the Flames leave Calgary it will actually be extremely funny

That is the tool used to discourage any development or investment in Calgary.We only want blue rings and bobbing chickens.