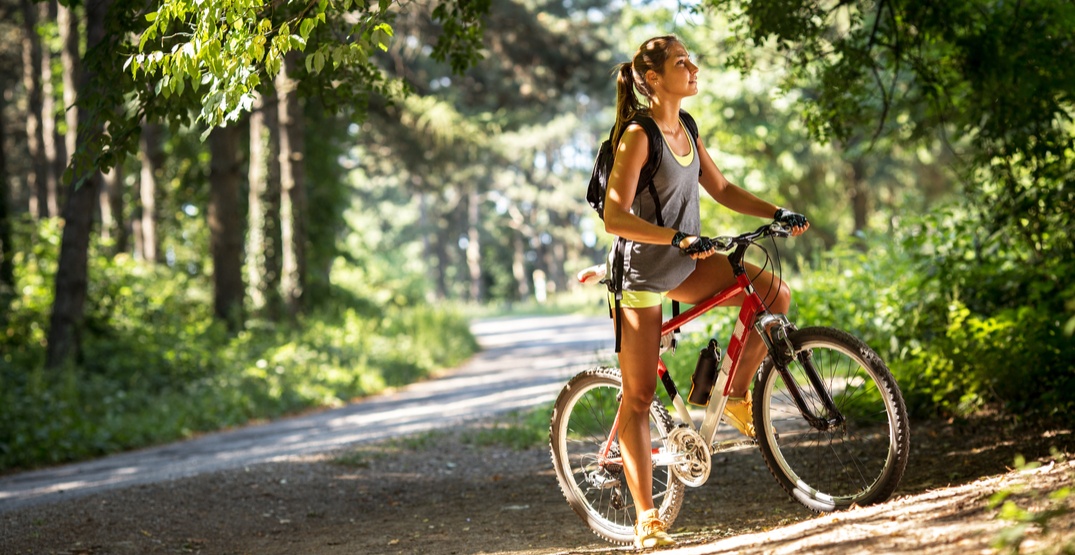 Biking through a forest (Shutterstock)

It’s already Sunday, July 21, which means you only have one day left in the weekend to get outside and live your best life out here in YYC.

Make that happen at any one of these events!

What: Fiestaval in Calgary is one of Calgary’s most lively summer celebrations, which showcases the culture of Calgary’s Latin community. Attendees can expect live music, shows, a beer garden, an artisan market, and a number of drool-worthy vendors with food.

What: Join this community-driven bicycle festival for a week full of cycling festivities. Take part in the second Annual Warrior Ride, Spoke and Word, Pedal & Paint and more events. 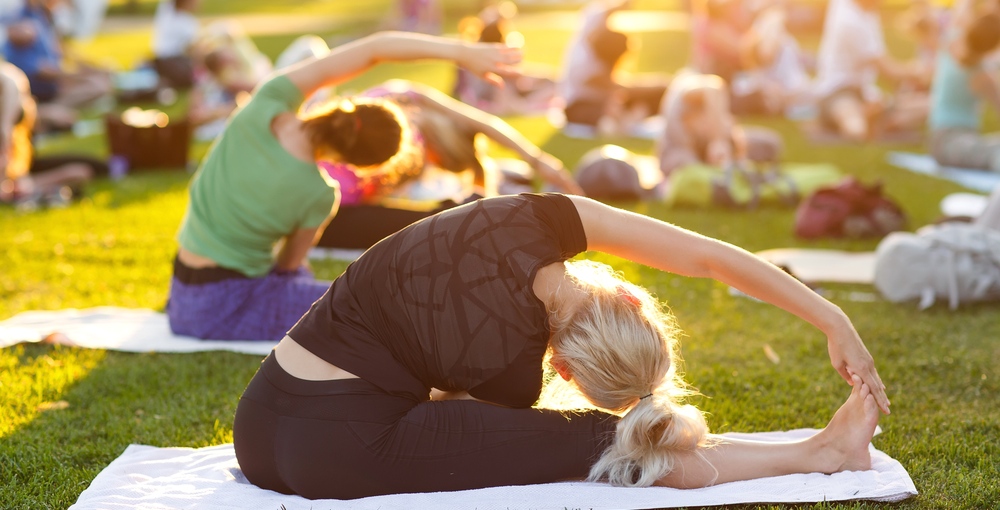 What: A 60-minute outdoor vinyasa flow class for all levels. Everyone welcome, including children. Practice in the grass or bring your mat or blanket.

What: A quick game of giant Jenga? Or ladder golf, perhaps? Come find EV’s EAST Crew, who will be set up on the island every Sunday with games and activities for a day at the park. First-come, first-served. Honour system applies.

What: Attend a private group training class for you and your pup on the patio of Vin Room Mission, led by the Dogma Behaviour & Education Centre. You will receive two glasses of wine, beer or prosecco, a lesson on the patio for you and your furry friend, and a bag of goodies worth $50. $5 from each ticket sold will be donated to Pawsitive Match Rescue Foundation. 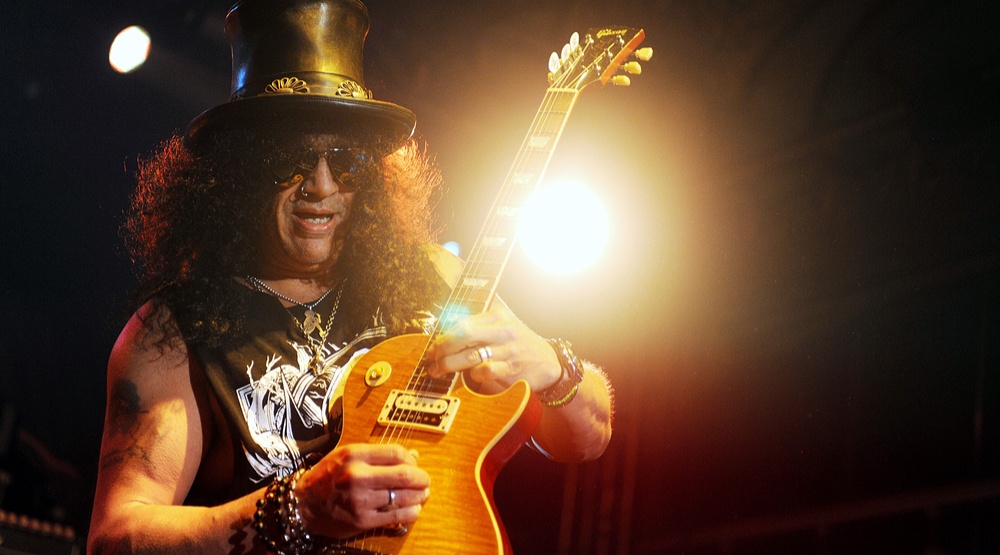 What: Legendary guitarist Slash will be at the Grey Eagle Event Theatre on Sunday, July 21 alongside Myles Kennedy and the Conspirators for a show like no other. Slash, who had been the lead guitarist for the band Guns N’ Roses, co-created a band called Velvet Revolver in the 2000s.

The guitarist released his debut solo album in 2010 featuring many famous musicians including Ozzy Osbourne, Fergie, and Adam Levine. In 2016 he reunited with Guns N’ Roses to headline Coachella Music Festival and play other shows around the world. As of last year, Slash began touring with his band Myles Kennedy and The Conspirators.

What: Story Slam Works aims to create a space for storytellers to hone their craft, professional networking, and authentic dialogue about professional life. Storytellers compete for the title of Master Storyteller and a $100 cash prize (plus bragging rights). Ticket includes breakfast, coffee and tea, as well as a chance at a door prize.

What: Boogie’s has been crankin’ out burgers since 1969 and they’re celebrating their anniversary with a big ol’ barn burner. Head to Boogie’s in Renfrew for a block party with a dunk tank, a wheel of fortune, an outdoor grill (with 1969 prices), lawn games, a DJ, beer from local breweries, and more. All the proceeds from the games will go towards the Boys and Girls Club.

What: Enjoy a bounce house, petting zoo, airbrush face painting, kids yoga and Zumba (1:30 to 1:50 pm), Starbucks and a bbq. There will also be a guest appearance by an Ambulance and Fire Truck.

Cinematic Sunday: Nick Cave AS IS

What: A behind the scenes documentary about visual artist Nick Cave’s journey to Shreveport, Louisiana to begin an eight-month art project leading up to a one-time multimedia performance using hundreds of people from the local community. Screened in conjunction with Glenbow’s exhibition Nick Cave: Feat.