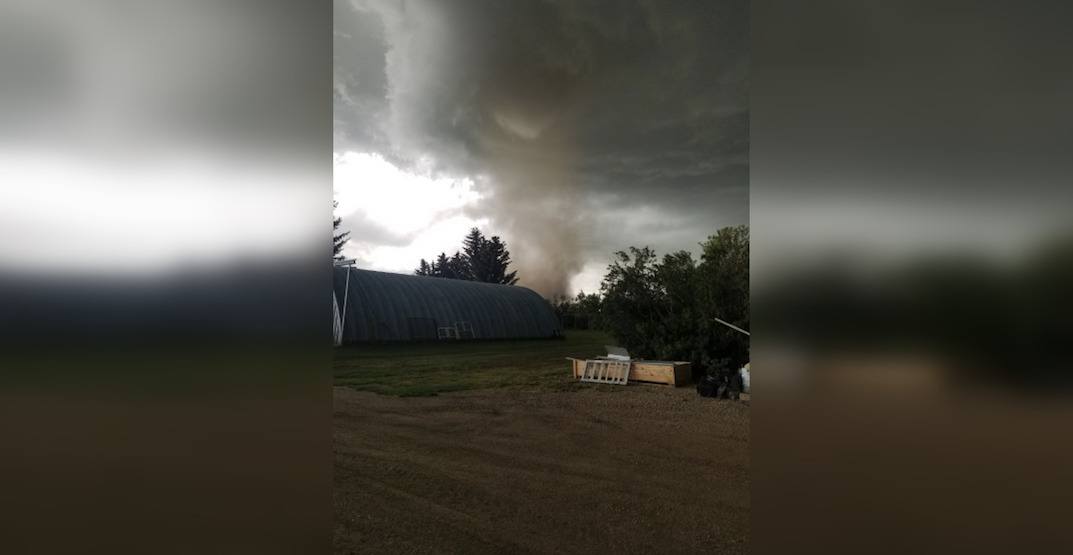 The stormy weather has seemingly been non-stop throughout Alberta this summer, with the latest severe weather event striking 150 km south of Calgary in the village of Carmangay.

A tornado made its way through the area on Thursday, being captured on camera by many residents.

This marks the 13th confirmed twister to hit the province in 2019, according to Environment Canada, while another four are still being investigated.

The seasonal average is 15 tornadoes, meaning that this year is definitely on the higher end of that scale.

Here’s a look at the natural phenomenon in action:

Had a twister go through our yard yesterday at 5:20 34 hoppers dented, one conveyor and one auger flipped😢 pic.twitter.com/QBnKNeWnsf

John R. posted this photo from east of Carmangay. Our thoughts are with those affected.

Does anyone else have reports from this area? We hope everyone stayed safe! <3

Tornado 12 miles east of Carmangay. Started right there was calm 10 seconds before that. Followed by massive hail. pic.twitter.com/Fdf6MbJ5e1