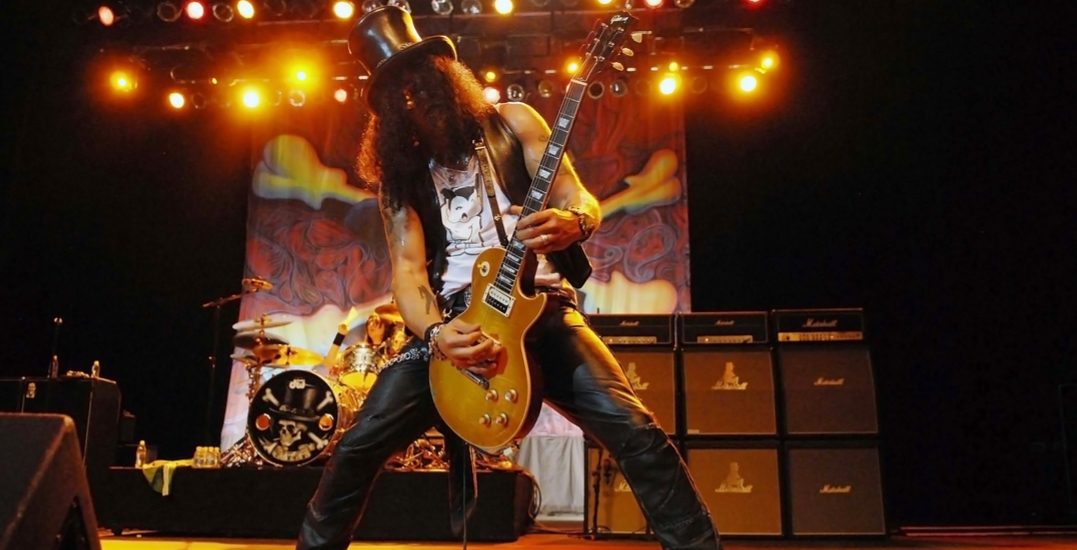 The man in the hat himself is coming to Calgary for a concert this summer.

Legendary guitarist Slash will be at the Grey Eagle Event Theatre on Sunday, July 21 alongside Myles Kennedy and the Conspirators for a show like no other.

Slash, who had been the lead guitarist for the band Guns N’ Roses, co-created a band called Velvet Revolver in the 2000s.

The guitarist released his debut solo album in 2010 featuring many famous musicians including Ozzy Osbourne, Fergie, and Adam Levine.

In 2016 he reunited with Guns N’ Roses to headline Coachella Music Festival and play other shows around the world.

As of last year, Slash began touring with his band Myles Kennedy and The Conspirators.

The tour kicked off in September 2018 in Del Mar, California, and will eventually see the Slash take a trip out to Calgary this summer.

Tickets start at $60 a pop and can be purchased via LiveNation starting at 10 am on Friday, February 8.

Tickets: $60+, available online starting at 10 am on Friday, February 8