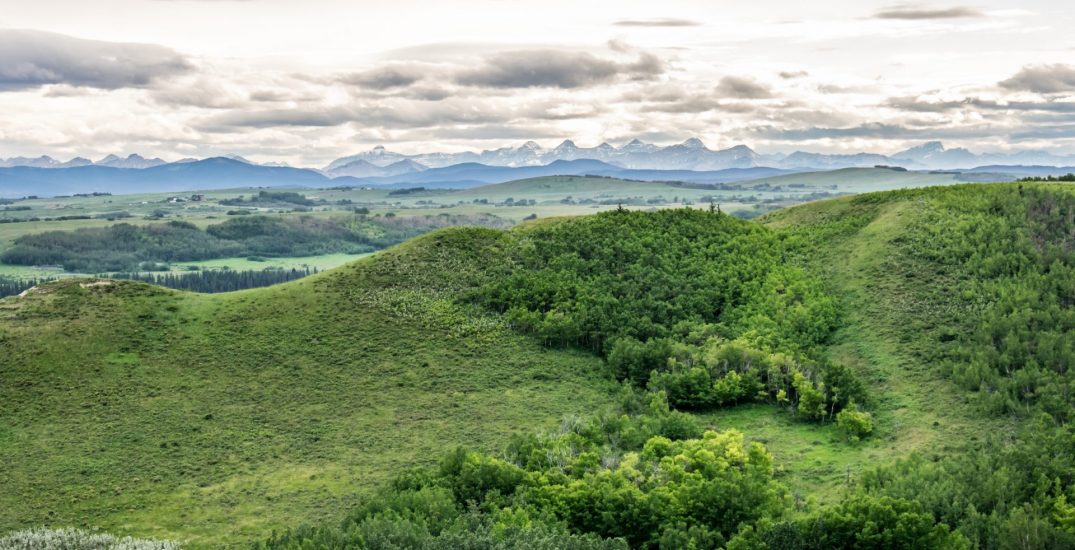 A new trail connecting Calgary to Canmore is in the works, allowing Albertans to walk and bike from the city all the way to Banff on a paved path (although that would be an awfully long walk if you ask us.)

The Trans Canada Trail runs for more than 27,000 kilometres coast to coast; however, portions of the pathway system remain unfinished or are not accessible for all users. This includes sections from Calgary to Cochrane and Cochrane to Canmore.

The Rotary Club of Cochrane is aiming to change that with The Trail project. Stage one of the project seeks to organize Alberta residents, organizations, businesses, and communities to collaborate on the completion of the portion of the Trans Canada Trail between Calgary and Cochrane. 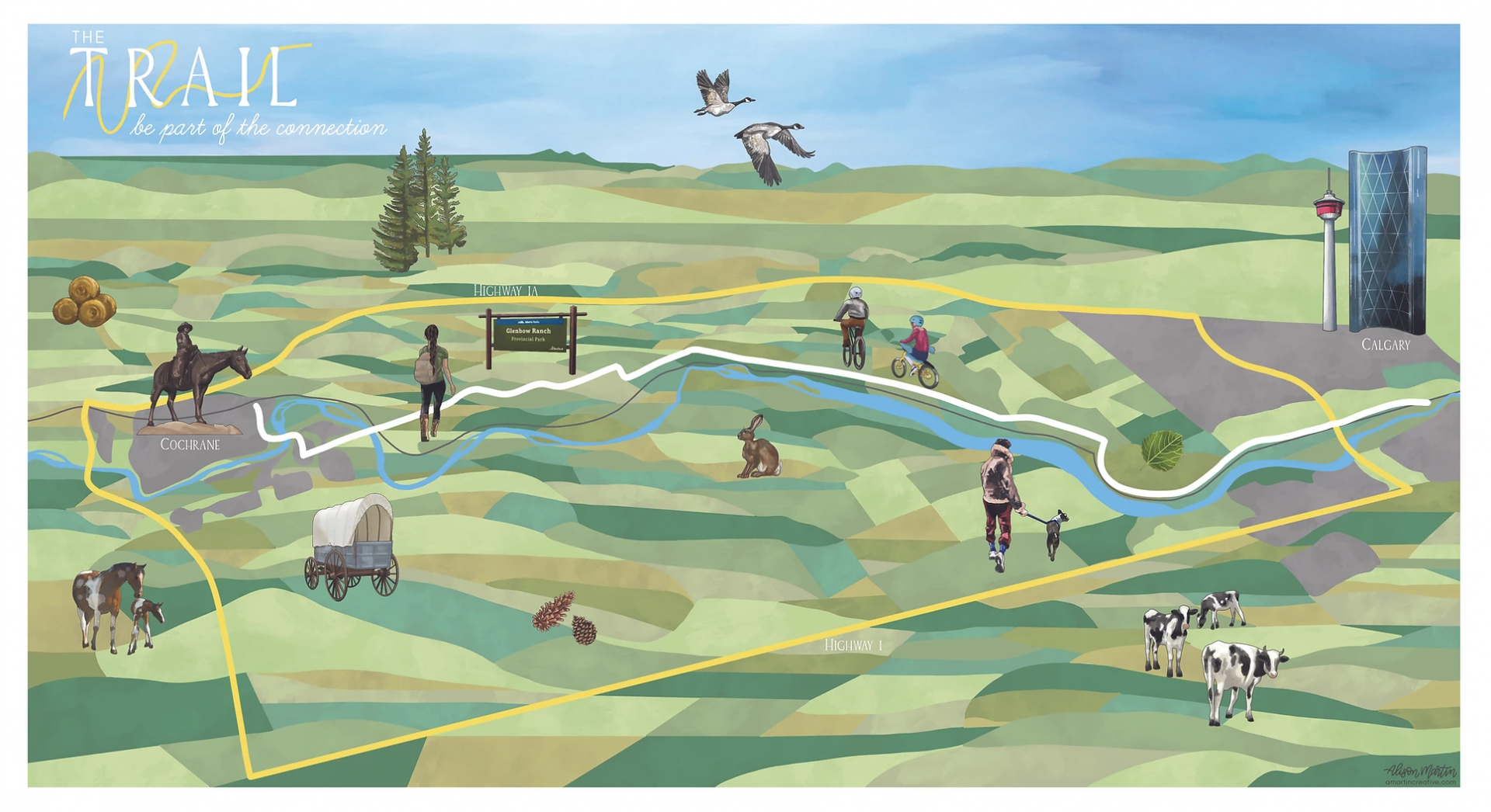 The next phase of the project will aim to finish the section of the trail that extends from Cochrane to the mountain town of Canmore. The 27 kilometre Legacy Trail already connects Canmore to Banff, and, upon completion of stage two of the project, Calgarians could safely and (somewhat) easily bike from YYC to the national park.

During a news conference at the Cochrane RancheHouse on Tuesday, organizers said that the trail has been in the works for over a decade, and 70% of the land needed to construct the pathway from Calgary to Canmore has been secured.

The trail from Cochrane to Calgary would be about 38 kilometres in total and, while much of the pathway system already exists, it isn’t fully connected yet.

Both Glenbow Ranch Provincial Park near Cochrane and the Rotary/Mattamy Greenway Trail in Calgary have paved pathways, and organizers of the project plan to bring the two together, making the trail usable for everyone. The project will also take the pathway through Cochrane to the east side of the town via a future bridge.

The project has federal and provincial support; however, organizers are also looking for individuals, businesses, and organizations that are interested in contributing towards the full completion of this trail.

Partnership and sponsor opportunities include the below and include a number of options. Wouldn’t it be cool to see your name engraved on a brick along the walking path? 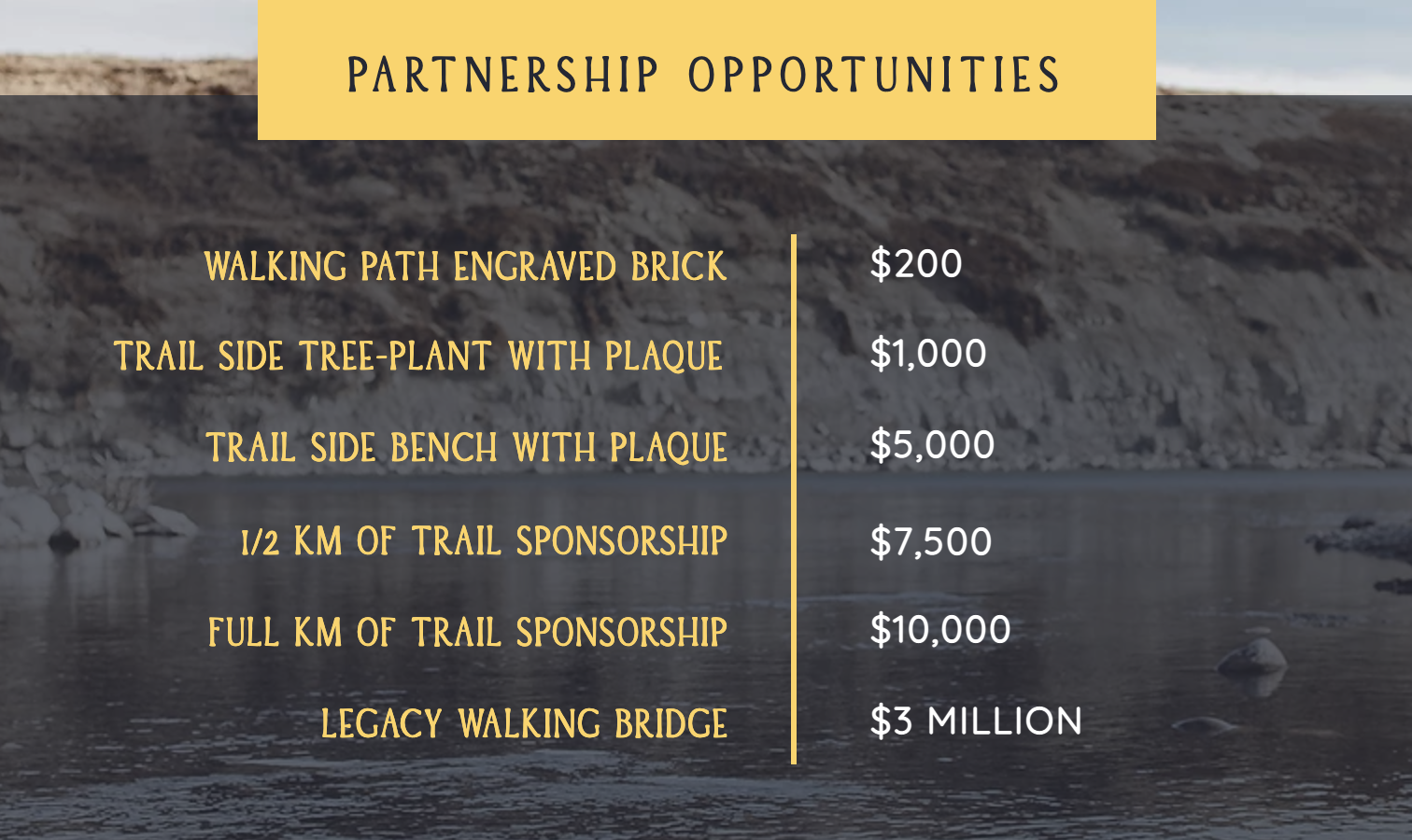 And, while it will be a part of the Trans Canada Trail, organizers of the project are looking for a name for the Calgary to Cochrane section of the pathway. Think you’ve got an inspired idea? Submit your name suggestion, along with its significance, on the Name the Trail website.