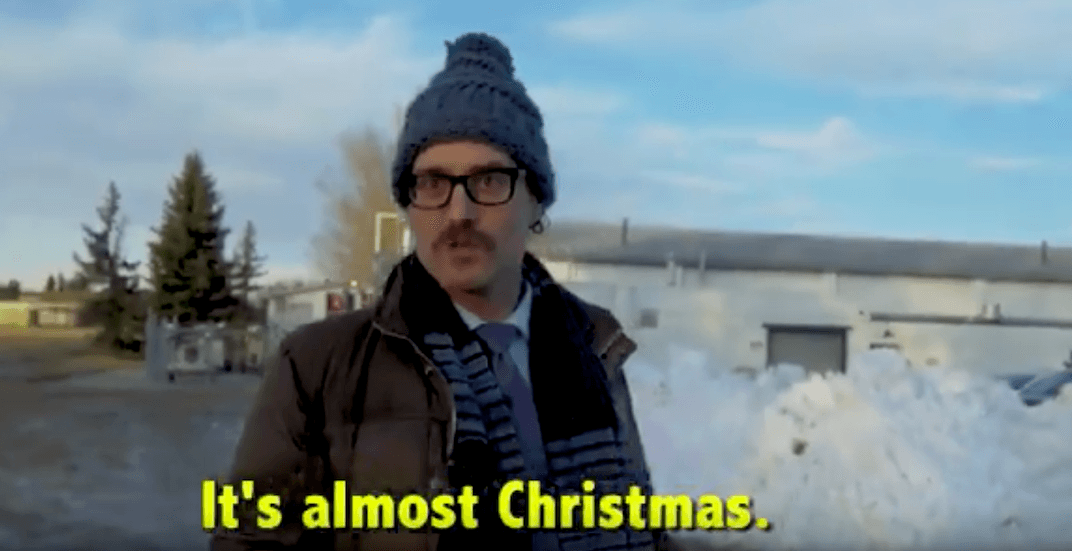 Calgary has seen some unseasonably warm weather this December, and it hasn’t gotten past the eye of Calgary’s own North Darling.

The video host (or “professional bad guy,” as stated in his Twitter bio) is seen in a new video tackling the deeper implications of climate change and humankind’s effect on the environment.

The video was originally posted to Twitter, and received over 300 upvotes when shared on the Calgary subreddit.

North Darling even brings up the video of a starving polar bear that was recently reported on by multiple news outlets.

He ends the video off by saying something that we’ve undoubtedly all been thinking: “We have Canada’s worst winter, since last year. ”