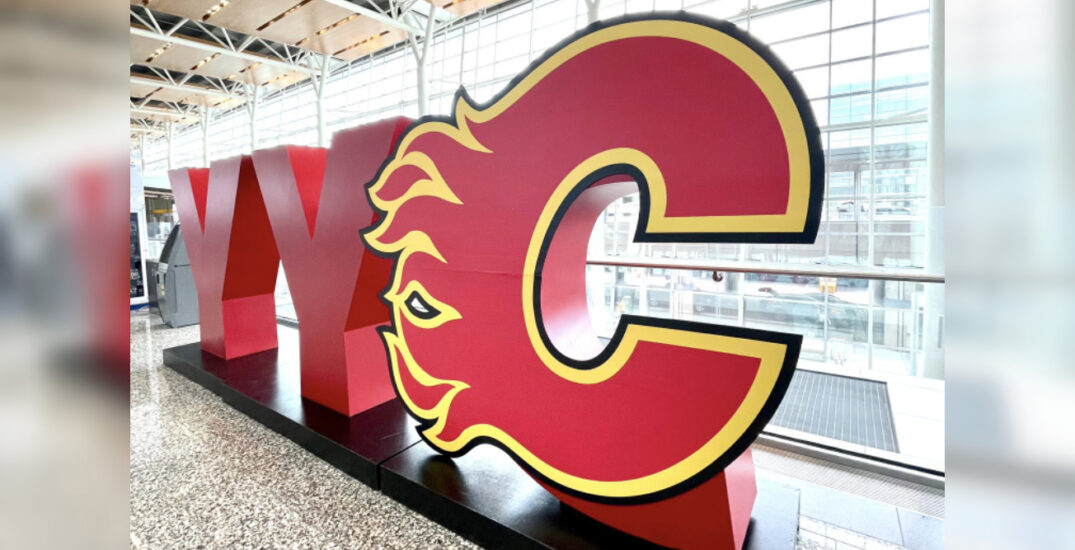 As Flames fever sweeps Calgary during the Battle of Alberta in the Stanley Cup playoffs, even the city’s airport is getting in on the fun.

YYC International Airport has swapped out the regular “C” in their iconic red “YYC” sign for a flaming version in support of Calgary’s hockey team.

The sign is typically located in the international arrivals area of the airport.

“ROUND 2 🔥 Battle of Alberta,” wrote the Calgary airport, alongside an image of the updated sign.

They even tagged the Edmonton International Airport on Twitter, causing EIA to retaliate with a gif.

The gif showed firefighters putting out flames on a tarmac, while another fireman opened his jacket to show an oilers jersey. A caption over the clip reads “That’s how we put out flames in Oil country. Let’s go, Oilers!”

We’re not sure who came out on top of this Twitter battle, but we sure hope that the Flames take the playoff series!

Game 1 of the second round of the Stanley Cup playoffs begins at 7:30 pm on Wednesday, May 18.