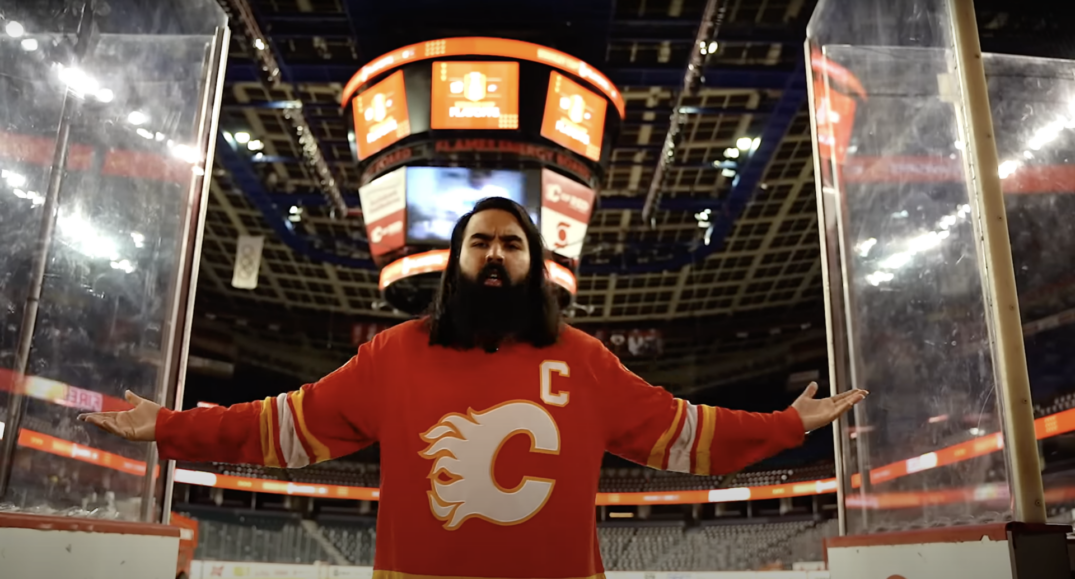 With Game 1 of the second round of the Stanley Cup playoffs just hours away, the Calgary Flames will be looking for a win against the Edmonton Oilers to kick off the Battle of Alberta.

The winner of this series will head on to round three of the playoffs, getting one step closer to bringing home the cup.

While tonight’s game isn’t make-or-break, it would still be a plus to start the series off on a good note. And having your own playoff anthem definitely doesn’t hurt your chances.

True Mamba, also known as Akrit Jawanda, recently released an updated version of the official music video for “WE LIT!” — what he calls the (unofficial) Calgary Flames anthem.

The Canadian rapper was born and raised in Calgary. He became a Flames fan in 2000 and spent plenty of time idolizing former Flames captain Jarome Iginla.

True Mamba released the original version of the song in 2019, before making a handful of tweaks and dropping a second recording in 2020.

“The overall sound and arrangement of the lyrics were the main changes,” he told Daily Hive during an interview in 2020. “I got Sodhivine on board who produced the music, and the video was done by Tyler Hamende. I wanted to switch up the sound and energy from [2019].”

True Mamba said that it took several weeks for the whole project to be put together.

“It was just a matter of elevating the song in a different way and executing accordingly,” he shared.

Now, with the Stanley Cup (almost) within our reach, the artist has released an updated music video for the song.

With a little luck and, hopefully, another W under our belts, Flames fans will have this song on repeat for weeks to come.