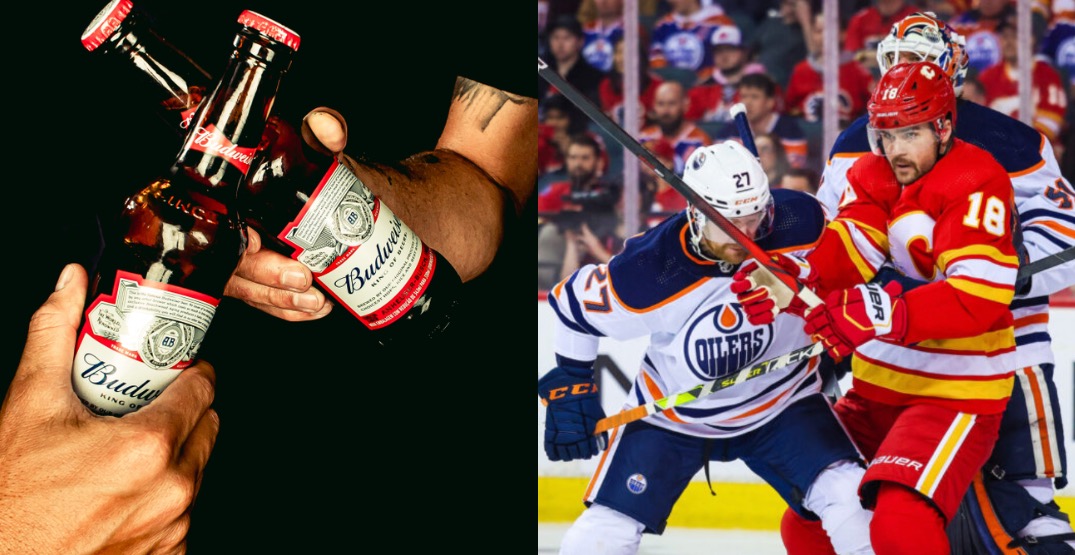 As if the stakes in the Battle of Alberta aren’t already high enough, residents of the city with the winning team are now being promised a free beer if their team wins.

We’ll cheers to that!

After the mayors of Calgary and Edmonton made a friendly bet on fun rivalry, Budweiser has jumped in on the action and upped the ante on the mayors’ bet – promising a ‘Bud on Us’ to the winning city.

“With the Battle of Alberta happening for the first time in 31 years, we saw an awesome opportunity to up the ante for hockey fans throughout the province and what better way than by promising a Bud on us for the winning city,” said Mike D’Agostini Sr. Director of Marketing, Budweiser Canada.

“As a brand rooted in sports with a long history of supporting hockey, we’re excited to see who comes out on top and delight fans, because that’s what Buds do.”

It’s official, winning city of #BattleofAlberta will get a BUD ON US! Who will it be, Edmonton or Calgary?⁣ Further info here: https://t.co/LbJcG2Pl9A pic.twitter.com/OUvkc0nYHy

The first 10,000 fans of legal drinking age who live in the city that wins the Battle of Alberta will have an opportunity to register online for $5 for a Bud on Us, according to the companies website.

Edmonton Mayor Amarjeet Sohi and the Calgary Flames took to Twitter to express their agreement to the beer bet.

More details are set to be announced across Bud’s social channels.

If you are a little curious as to what the world looked like back during the 1991 Stanley Cup playoff matchup between the Oilers and Flames, we got you covered.

Here’s the full schedule breakdown between the Calgary Flames and the Edmonton Oilers:

Games will be broadcast on Sportsnet and CBC.