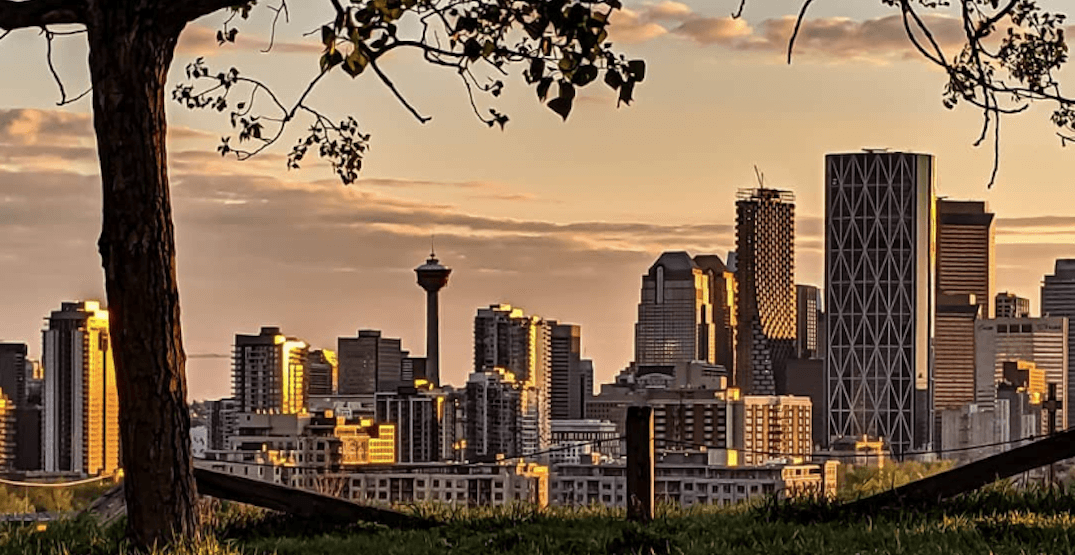 It definitely doesn’t cost an arm and a leg to live in YYC (at least compared to some other cities on the map), but Alberta’s largest city does still find a place on the ranking of the world’s most expensive cities.

Granted, that place is 153rd down the list, though Calgary does take fourth place as far as Canadian cities are concerned.

Global health, wealth, and career consulting firm Mercer released its 2019 Cost of Living Ranking, and found that only Vancouver, Toronto, and Montreal placed above Calgary in the true north strong and free.

Ottawa found itself at 161st, marking the last Canadian city to make it into the top 209.

The rankings demonstrate how currency fluctuation and shifts in the prices of goods and services can affect the purchasing power of expatriate employees.

The report measured cost of living based on the following factors:

Hong Kong has topped the list overall, with eight cities in Asia landing in the top 10 spots for most expensive locations for working abroad.

According to Mercer, the cost of living in Calgary is on par with living in Nürnburg, Germany; Vilnius, Lithuania; Chennai, India; and Istanbul, Turkey. 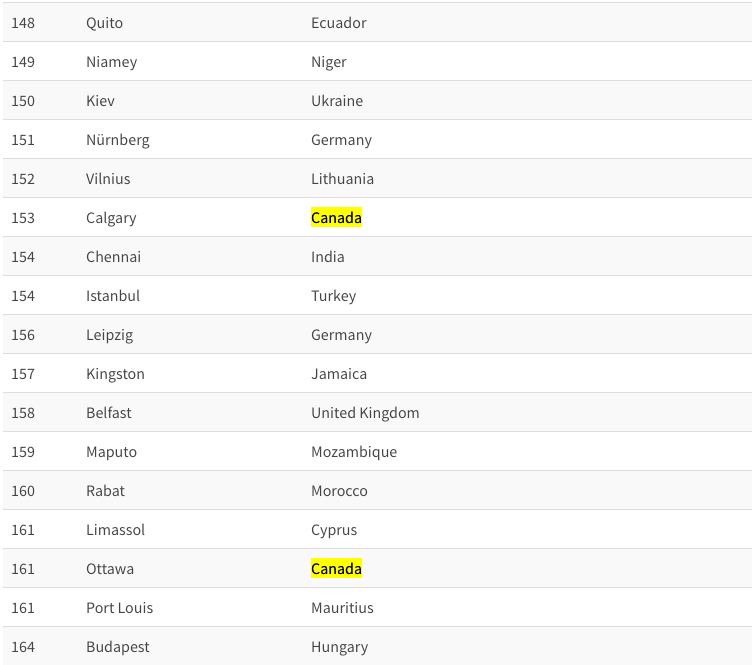 The top 10 most expensive cities in Mercer’s 2019 Cost of Living Ranking are as follows: 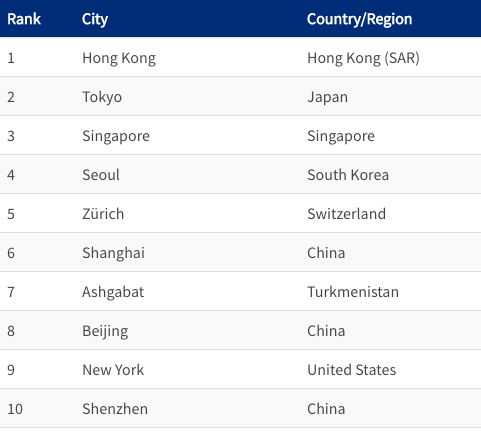 The report ranks categories from the cost of men’s blue jeans to a cup of coffee to a Big Mac across various cities. Another comparison shares the cost of a date night in select cities:

With files from Kellie Paxian.