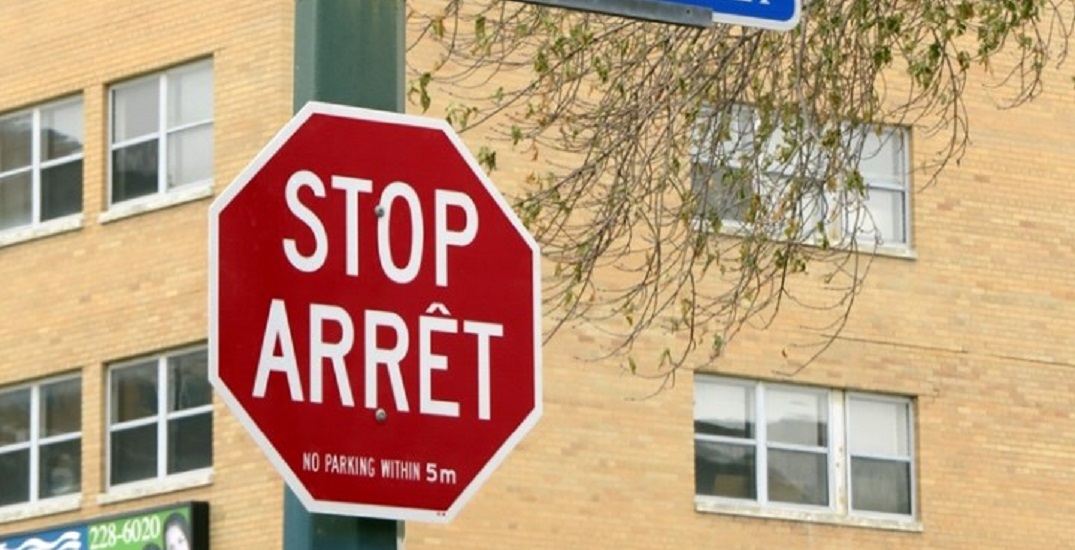 Calgarians may notice some shiny new stop signs the next time they’re driving around the Mission neighbourhood.

A handful of bilingual stop signs were just installed throughout the community in a nod to Mission’s roots as a francophone area of Calgary that was once named Rouleauville.

Rouleauville was named after brothers Édouard and Charles Rouleau, who were born in Quebec but arrived in the Calgary area in the late 1880s — shortly after Fort Calgary was originally founded.

According to Corridor Canada, the brothers became influential members of the community, and for a short time Francophones were the majority in the area.

The name Rouleauville was incorporated in 1899, though by that point the village’s modest population of 500 had been eclipsed by Calgary’s 4,000 inhabitants, which was largely made up of Anglophones.

Within eight years, Calgary had grown to a population of 15,000 and annexed Rouleauville in 1907, taking on the name of Mission as we know it as today.

Now, over 110 years after Rouleauville lost its name, the City of Calgary has honoured the lost history of the village with stop signs bearing the french word “arrêt” to remind Calgarians and visitors of the neighbourhood’s roots.