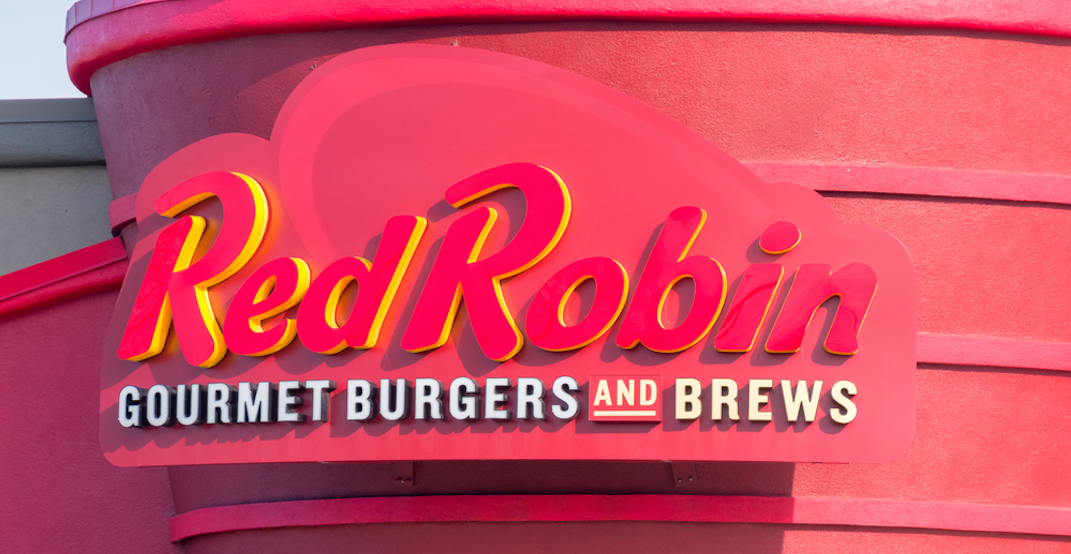 If you’re a fan of Red Robin burgers and endless fries, you better get ’em while you still can before all five locations in Edmonton are set to close at the end of this year.

After December 8th, all remaining Red Robin locations in Edmonton will close their doors for good, said their Director of Communications, Kevin Caulfield.

“Red Robin plans to close its five locations in Alberta after December 8, 2019,” said Caulfield in an email.
“The closures are part of a reassessment of Red Robin’s real estate portfolio — one of the strategic priorities that Red Robin had previously announced.”
The Red Robin restaurants in Alberta on average employ close to 75 team members each, but the actual last of employment for the Alberta Red Robin restaurant Team Members is December 15 — a week after the restaurants are closed to the public.
There are 12 Red Robin locations in British Columbia that are not impacted by the Alberta closures and remain open.