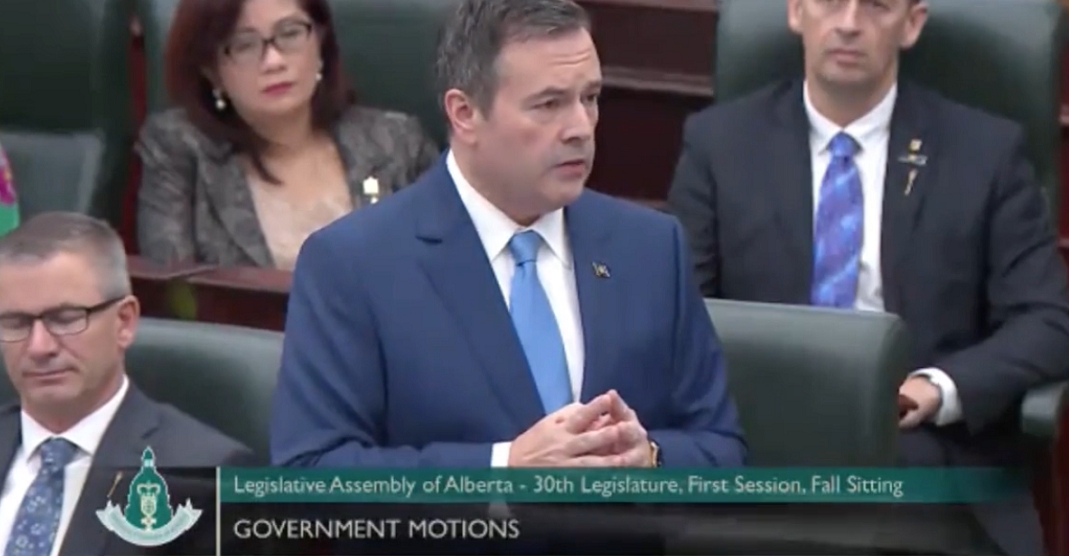 Alberta Premier Jason Kenney sent a letter to newly re-elected Prime Minister Justin Trudeau to congratulate him on the victory — and to explain what Alberta wants from the federal government.

The five page letter outlined what Alberta hopes will be ways for the minority government to show its commitment to the country’s energy sector, including reconsidering bills C-48 and C-69.

Kenney noted that an equalization referendum will be added to Alberta’s next ballots if amendments haven’t been made to Bill C-69 or if the hotly-contested Trans Mountain Pipeline has not been constructed.

The federal government purchased the pipeline in 2018, though working with a minority government, Trudeau’s Liberals will need help from other parties to govern.

“I am gravely concerned at the potential impact many of the platform commitments both you and your potential coalition partners made during the elections campaign,” Kenney wrote in the letter.

“Commitments that would make it even harder for Alberta to produce and export our natural resource products — some in clear violation of our Constitution and rule of law by intruding into areas of provincial jurisdiction — and which would have dire consequences for this country.”

Liberal support in western Canada saw a significant decrease in 2019 compared to 2015, with the Liberal Party losing all four seats they gained when Trudeau first came to power.

Neither Alberta nor Saskatchewan elected a single Liberal candidate, with the only non-Conservative MP elected in the two provinces coming courtesy of NDP’s Heather McPherson who won in Edmonton.

Kenney noted in the letter the importance of an “equal relationship between the orders of government,” calling on the federal government to respect the division of powers.

“A strong Alberta ensures a stronger Canada. I look forward to working with your government on issues that affect Albertans and all Canadians.”

Kenney’s speech in Alberta Legislature regarding the letter can be found below: