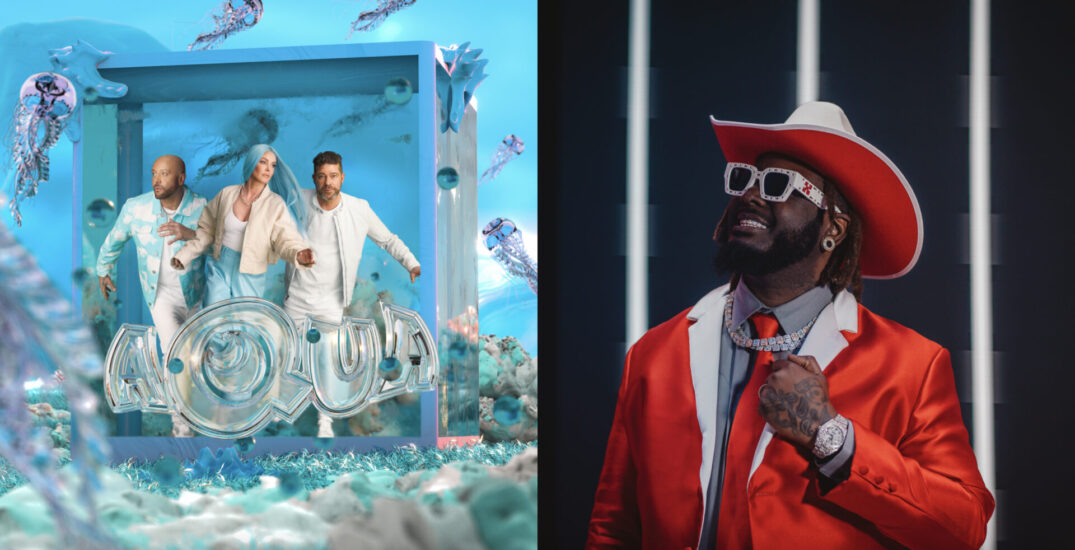 The Calgary Stampede has revealed that some big names are coming to perform at the Big Four Roadhouse this year, including T-Pain, AQUA, and others.

Arguably one of the very best parts of the Stampede is all the incredible live shows you can catch throughout the 10-day event and the 2022 lineup for the Virgin Plus Stage inside the Big Four Roadhouse definitely helps add to the roster.

The Virgin Plus Stage lineup includes genres spanning country to pop, rock to rap, and features a little bit of something for everyone.

“We are excited to welcome music fans to the Virgin Plus Stage at The Big Four Roadhouse for Stampede 2022,” said Kyle Russell, Director, Stampede Programming in a news release.

“This year’s eclectic music lineup complements the social atmosphere, truly making this venue one you don’t want to miss,” Russell continued. “We are thrilled to bring so many top artists together on one stage!”

The Big Four Roadhouse allows Stampede visitors to escape the hustle and bustle of the Midway and cool down (or get out of the rain!) while enjoying the good food, drinks, and live music offered inside the venue.

And the best part is, almost every single show is free with your admission to Stampede Park – only the Sunday, July 10, performance is separately ticketed.

While many of this year’s performers inspire a bit of nostalgia, newer artists such as Lennon Stella will also be taking the stage

The full 2022 lineup for the Big Four Roadhouse is as follows.

There will also be several house bands performing at the Big Four Roadhouse to keep the party going throughout the Calgary Stampede, including The Brother Bandits, The Free Label, and Jory Kinjo.

Eat, drink, play and dance to your favorite musical acts taking the @VirginPlus Stage at The Big Four Roadhouse.

See the full lineup and get unlimited entries to Stampede Park to watch all your favourite artists with the Stampede SuperPass.

If your main focus during the Stampede is all the live music, lineups for the free shows at Nashville North and the Coca-Cola Stage have also been announced. Plus, Canadian country artist Dean Brody will be performing at the 2022 Grandstand Show, and Blake Shelton will play a concert in the Saddledome.

To start planning which shows you want to see at the Big Four this year, head to the Calgary Stampede’s website for performance dates and times.