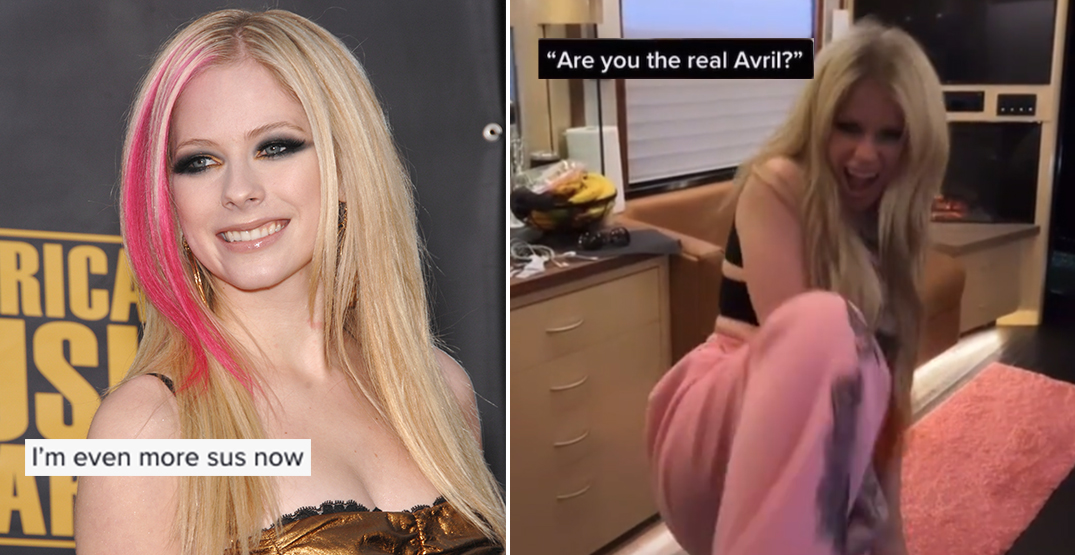 Avril Lavigne is tired of people thinking she died and was replaced by a body double.

She finally addressed the long-running conspiracy theory in a hilarious TikTok on Tuesday.

The Ontario-born singer posted a video showing her punching and kicking comments she frequently gets on Instagram.

“Every comment on my Instagram,” the text on the TikTok reads. “‘Why’d you have to go and make things so Complicated?’…’Are you the real Avril?'”

…but was that really Lavigne in the video?

For those who are unaware of this bizarre theory, it reportedly stems from a 2011 blog post on a Lavigne fan site based in Brazil. According to the conspiracy, the “Complicated” singer was overwhelmed by the pressures that came with fame as she skyrocketed to stardom in 2003.

That and her grandfather’s death sent her into a deep depression, and the conspiracy theorizes that Lavigne was replaced by a look-alike named Melissa Vandella when the real Avril wanted time off.

The theory goes even further and alleges that Lavigne committed suicide shortly after the release of her debut album Let Go in 2002, leaving Vandella to take over as the new Avril Lavigne full-time.

Those who believe in the urban legend point to the difference in style preferences between Lavigne’s body double and the real Avril (Lavigne prefers pants while Vandella flaunts dresses). They also cite the change in music style since 2002 and minor changes in facial features.

This conspiracy theory comes back into the spotlight every few years when Lavigne comes out with new music or celebrates a significant anniversary.

It seems a lot of fans are still sus of the pop-punk princess as seen in the comments of her TikTok.

“Now we are definitely suspicious,” one user commented.

“I’m still not sure tbh 🤨” another added.

The “Sk8er Boi” singer also celebrated the 20th birthday of her first album, Let Go, by recreating the cover on a TikTok.

Whether you think this Avril is real, or not, we can all agree that that first album is a certified banger.