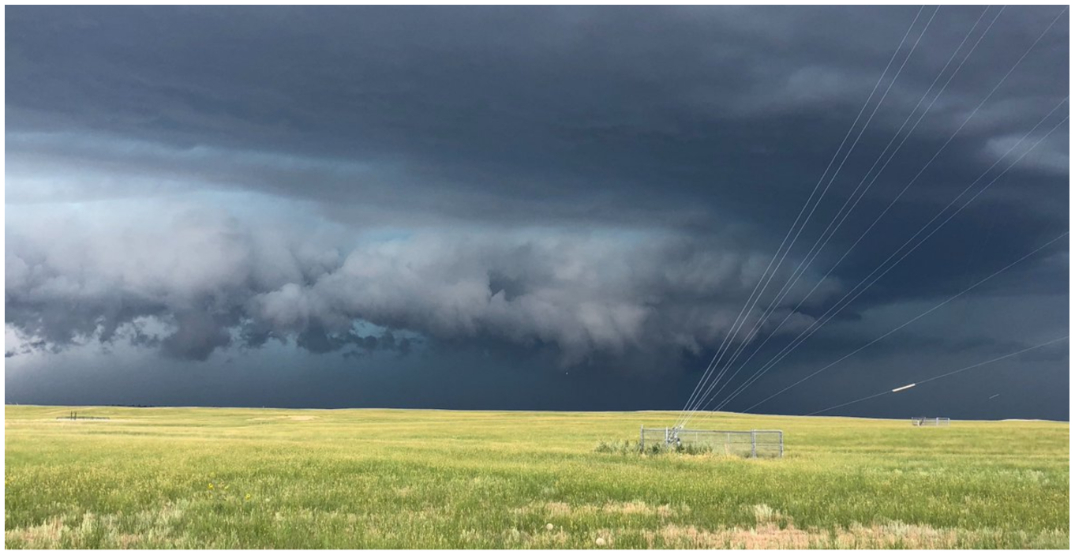 Families in Medicine Hat and Redcliffe are assessing the damage after a terrifying storm destroyed several homes and vehicles.

Another pretty incredible story. This gentlemen saw the wall of rain “shift from one direction to the other” and screamed to take cover while heading for the basement while another gentlemen jumped into the bathtub. Then, the roof “exploded” and was tossed. #ABstorm pic.twitter.com/ktulfGrL3n

Alberta Emergency Alerts initially said a tornado touched down, but later changed it to a severe thunderstorm.

The storm damaged several homes while also taking down trees, knocking power out through the night for thousands in the area.

There has been some real devastation near Medicine Hat. At least one home has been destroyed. #abstorm https://t.co/T3L0HPzQuU pic.twitter.com/9gXFnb6aUa

The city is also warning about a downed power line that is partially submerged in the South Saskatchewan River.