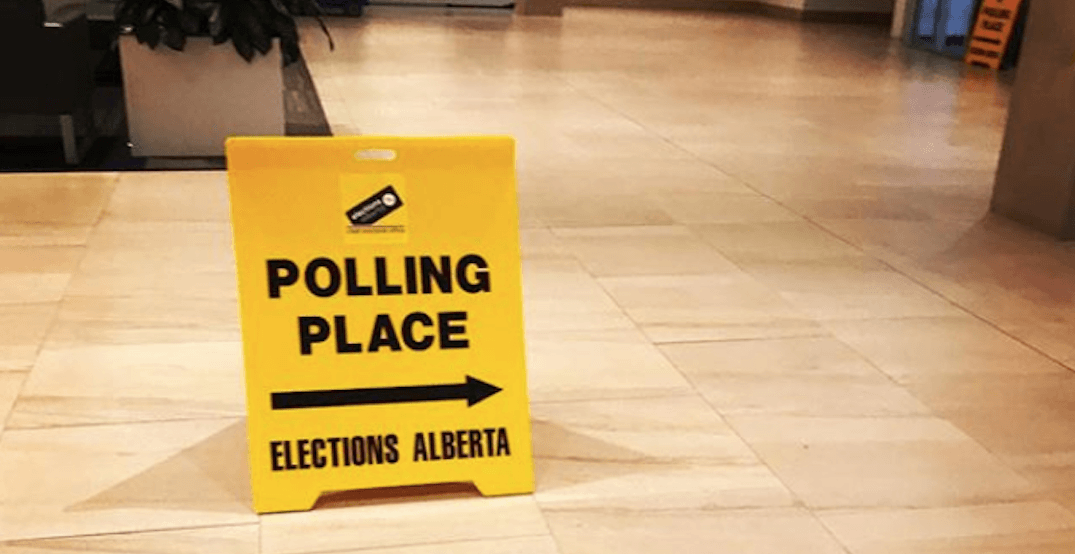 Another day, another 100,000+ Albertans heading to the polls to cast their advance votes in the lead up to the 2019 Alberta provincial election.

While day #2 of the five-day advance voting run didn’t see quite as many ballots cast as Tuesday, April 10, it was still enough to push the cumulative total over the amount brought in over four days during the 2015 election. 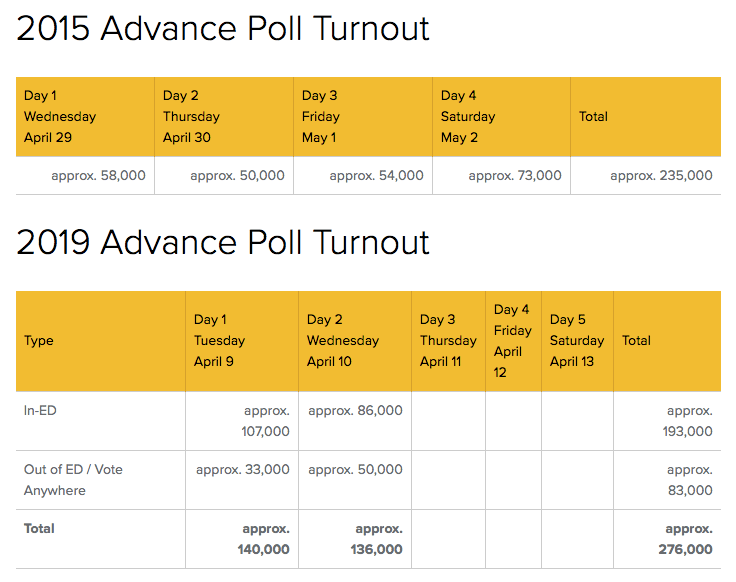 So far, 83,000 votes have been cast through the newly implemented vote anywhere policy, which allows Albertans to cast ballots for their home riding from any station throughout the province — however, if you wait until the official election day of April 16, you’ll have to cast your ballot at your own designated election station.

Those hoping to find an advance voting station this week can do so by using Election Alberta’s map tool and imputing your location (does not need to be your home address) to find the closest station.

The hours are the same as on election day, being open from 9 am to 8 pm.

Advance voters in Calgary could even get a sweet surprise for casting an early ballot, as the group Democracy Donuts plans to give out free doughnuts to voters at five advance vote stations in Calgary.

Here’s the schedule for where they’ll be this week: