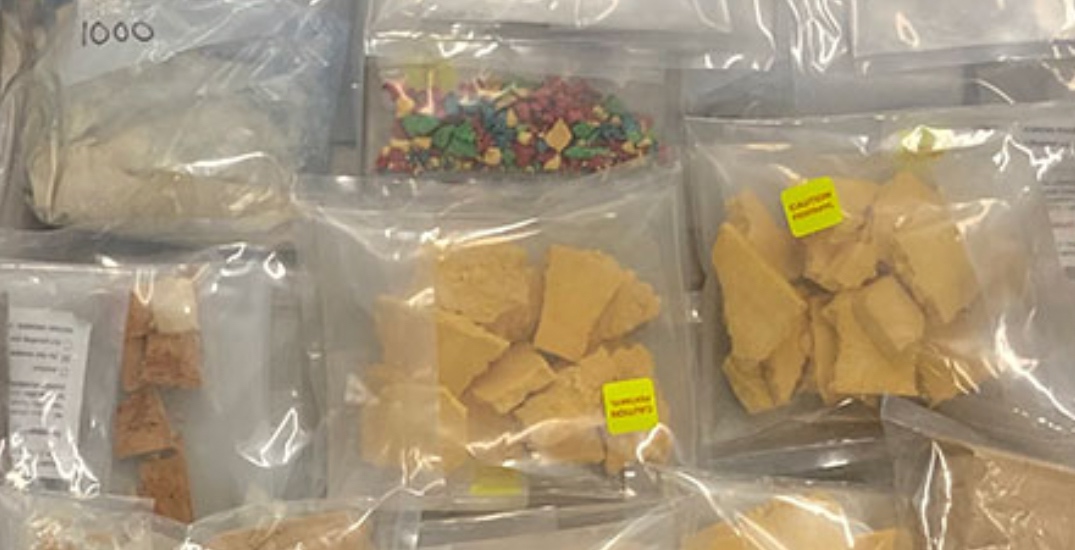 A superlab has been dismantled in southern Alberta, with a staggering $300 million worth of drugs being seized, primarily fentanyl.

The Alberta Law Enforcement Response Teams (ALERT) said in a news release that they executed 13 search warrants on July 7, 2021 as part of Project Essence. The search locations included homes and businesses in the Edmonton and Calgary areas, and a suspected fentanyl superlab located in a rural location near Aldersyde, Alta.

More than 31 kilograms of fentanyl and precursors were seized, along with 7,600 kilograms of chemicals used in fentanyl production, according to the agency.

If sold on the street, the value of the drugs seized is over $300 million, and it includes:

ALERT further seized 18 handguns, one rifle, $25,000 in cash and jewellery, six vehicles, four motorcycles, three trailers, and a boat. The assets were seized as proceeds of crime.

A number of suspects have been identified, and charges are pending.