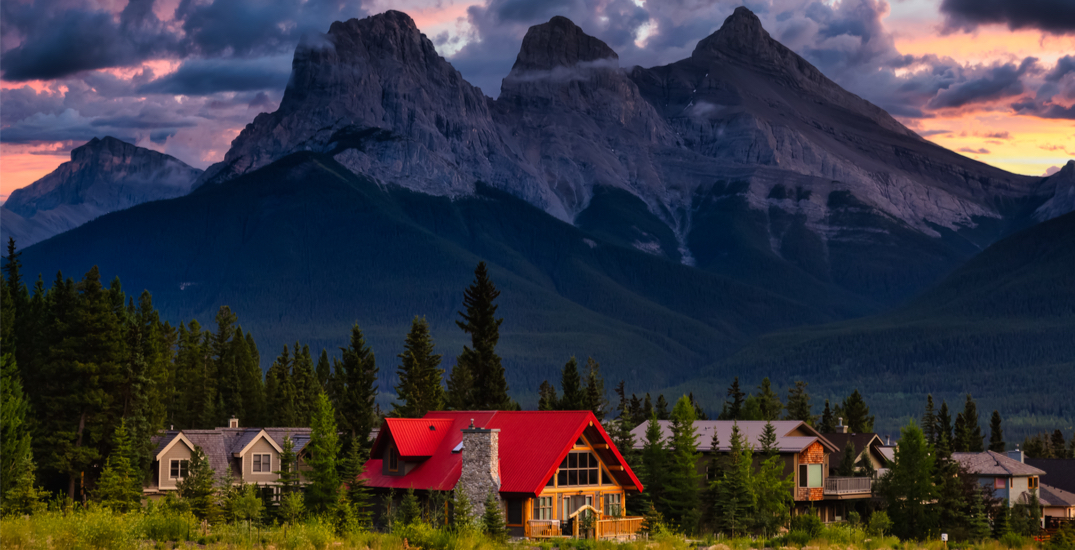 If you haven’t achieved your dream of owning a home yet, you’ll definitely have to postpone your plans to own a second one (especially if it’s a cabin in the Rockies), as prices for recreational properties soar in Alberta.

The price and demand for recreational properties in Alberta continues to grow, especially in regions that are easily accessible from Edmonton and Calgary.

In 2021, the price of Alberta recreational properties such as cabins and trailers climbed by a whopping 31.5% from the previous year, and now, according to the 2022 Royal LePage Recreation Property report, they’ll be increasing by another 9%. 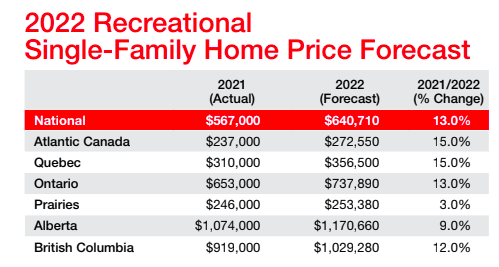 Demand is far greater than supply for recreational housing, which continues to be the main reason behind the increases. According to a Royal LePage survey of recreational property experts, 57% of respondents in Alberta reported significantly less inventory this year compared to 2021.

“Demand for recreational properties continues to vastly outstrip inventory in many cottage regions across the country,” said Phil Soper, president and CEO, Royal LePage, in a press release.

“Waterfront and mountain-top locations near cities are limited by nature, even in a vast land like Canada, forcing buyers into multiple-offer scenarios. Even more than in urban regions, it is vital that buyers and sellers employ the services of a local agent who has recreational market expertise.”

Of the 151 Royal LePage recreational realtors surveyed for the report, 84% said that they were working with fewer available properties this year. Half of them said they had significantly fewer properties on the market.

Soper said that the COVID-19 pandemic encouraged people to look for larger properties or properties with more outdoor space.

“The desire for homes with more space, both indoors and out, is a trend that I believe will long outlive the pandemic,” he said. “Many Canadians, especially those with the option to continue working remotely, are prioritizing their desired lifestyle when considering where they want to live.”

With the projected 9% rise in prices, Royal LePage is forecasting an average recreational property price of $1,170,660 across the province; however, the location of the property within Alberta plays a strong role in dictating cabin prices.

As a large and highly sought-after destination, Canmore’s real estate market has a significant impact on the median price of a single-family home in Alberta, with its proximity to Banff National Park and luxury mountain properties, according to the press release.

“Cottages on Wabamun Lake and Lac Ste. Anne have always been popular among Edmonton residents looking for a summer weekend getaway within a short commute of the city,” said Tom Shearer, broker, Royal LePage Noralta Real Estate, in the release.

“Since pandemic restrictions have limited Canadians’ ability to travel abroad, that demand has skyrocketed,” Shearer added. “Line-ups at boat launches and campgrounds are longer than ever, as Canadians are enjoying the outdoors. Strong demand for waterfront properties continues to put upward pressure on prices in the region, and I don’t expect there will be any relief this spring.”

Inter-provincial buyers are another factor in rising property prices, especially as the option for travelling abroad was largely taken away due to the pandemic.

“With less than one month of inventory currently available and very little in the way of new development on the horizon, I expect the spring market will once again be very competitive for buyer hopefuls, which will put more upward pressure on prices,” Hawker added.

According to the 2021 Royal LePage Boomer Survey conducted last year, 41% of boomers in Alberta said they were considering purchasing a primary residence within the next five years.

Of that group, 55% said they were considering buying in a rural or recreational region. Within a five-year period, this could mean an additional 207,000 buyers entering the recreational real estate market.