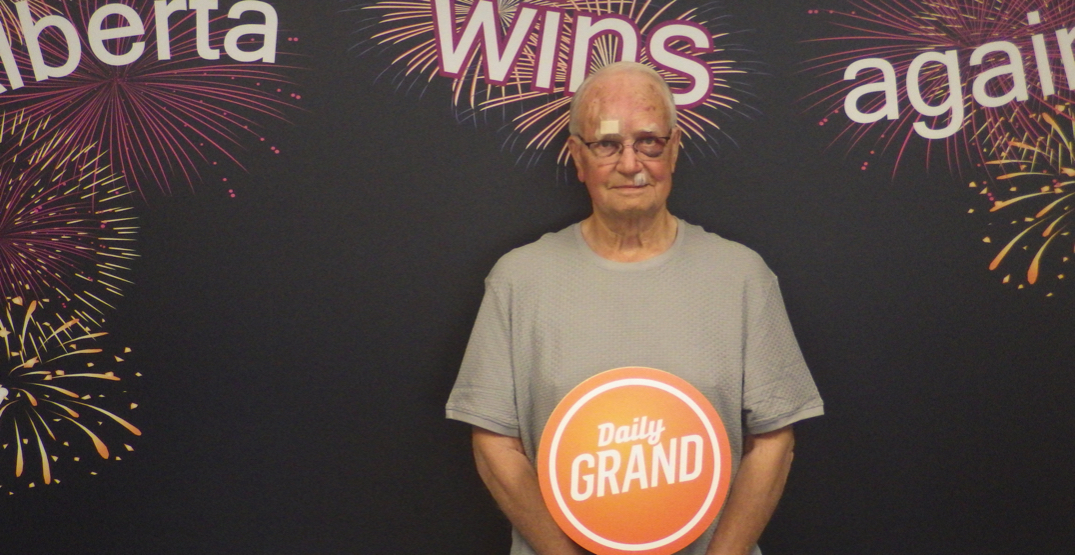 A lucky Alberta man struck it big with a lottery win this week after holding on to his ticket for months before remembering to check it.

Leonard Hutchinson of Lethbridge snagged $500,000 after matching five of the five main numbers for the April 28 DAILY GRAND draw.

Almost three months after the draw, Hutchinson was at a store when he remembered to scan his ticket, according to a Western Canada Lottery Association (WCLC) news release.

When he realized he had won big, he had very few words.

“I didn’t say much,” he told the WCLC while claiming his prize. As for what he’s planning to do with his winnings, he’s being strategic with it.

“I’m going to pay off some bills and be debt free. Then, I’ll invest the rest.”

Hutchinson purchased his ticket from the Century Downs Racetrack and Casino at 260 Century Downs drive in Rocky View County on April 26.