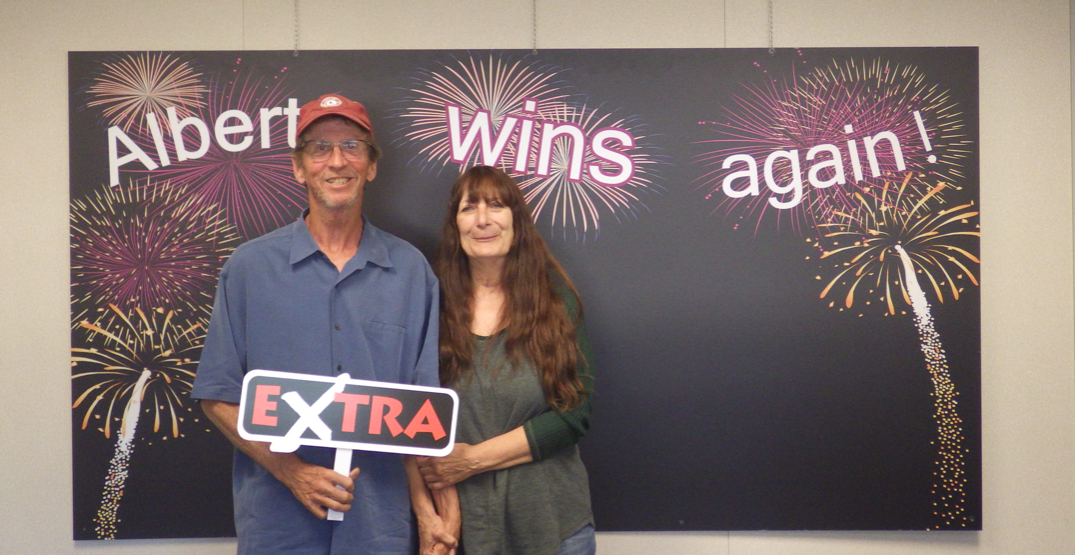 An Alberta couple is celebrating their big lotto win after nabbing $100,000 from a Lotto Max draw.

Sturgeon County resident Russell Clarke was at the local store on June 14 when he remembered to check his ticket from back in April, according to a Western Canada Lottery Commission (WCLC) news release.

“I honestly thought the scanner was broken; all I saw was zeroes but I didn’t realize,” he said to the WCLC. “I checked a non-winning ticket just to confirm. Then the machine went off and froze up the terminal.”

Clarke said he was in total shock when he realized his windfall.

“I went home to show my wife and she was looking at a weather app, so I passed her the claim slip and she kept trying to get me to look at the weather,” he laughed. “I said, ‘Look at what you’re holding!’”

When his wife saw the claim slip, she was in disbelief.

“I asked if he was joking and when he wasn’t I just kept saying, ‘Oh my god!’”

As to what they are going to do with their newfound riches, they are planning to pay off a thing or two.

“As much as we’d like to blow it, we’re going to put some towards our mortgage,” Gray said. “We may take a trip to the East Coast.”

They purchased their winning ticket from the Safeway Gas Bar at 8651 94 Street in Fort Saskatchewan on the day of the April 8 draw.