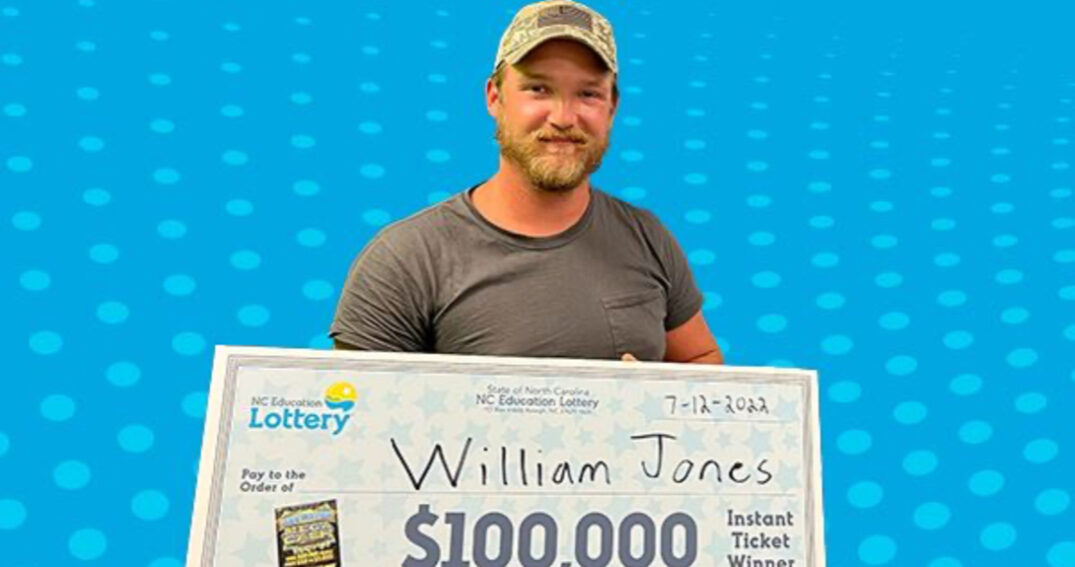 A man in North Carolina won big not once but twice on scratch lottery tickets, with his biggest prize happening just because he stopped to buy some propane.

William Jones of Richlands, North Carolina, drove to the store to buy a propane tank for his grill and, deciding to try his luck on a scratch-off, bagged a $100,000 win.

“I mainly wanted to get some propane to cook some steaks on the grill,” he told the North Carolina Education Lottery in a news release.

Jones, a 32-year-old turkey farmer, bought his lucky $100 Million Mega Cash ticket from the Speedway on South Jackson Street in Beulaville. Jones said he bought an Extreme Cash ticket earlier in the day and won $500 so he decided to try his luck again.

He collected his prize Tuesday at lottery headquarters and, after required state and federal tax withholdings, took home $71,016.

As for what Jones plans to do with his recent windfall, he said he has a special event in mind that he wants to use his winnings on.

“I think I’ll go ahead and pay for our wedding,” he added.

So moral of the story — go ahead and get to grilling for dinner. You never know what might happen!