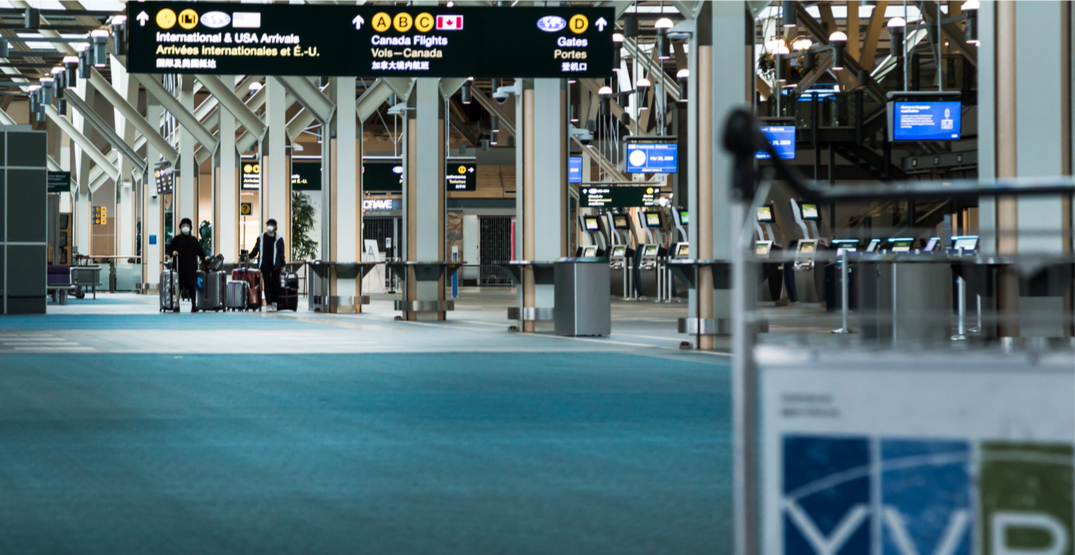 An environmental activist group has been protesting in the city for more than a week and on Monday, October 25, they’re planning to demonstrate at Vancouver International Airport.

Extinction Rebellion’s two-week-long October Rebellion has been an ongoing civil disobedience campaign demanding climate action and an end to fossil fuel subsidies that have led to at least 15 arrests as of October 22.

So far, the group has blocked major intersections, highways, and roads in the city. Now, they’re headed to the airport and the group is planning to meet at 4:30 at Miller Neighbourhood Park.

Metro Vancouver Transit Police told Daily Hive that they were aware of the planned protest in Richmond and will be working in tandem with the Richmond RCMP. They will be deploying additional resources to Canada Line stations to help ensure that public peace is maintained.

Richmond RCMP said in a statement Monday that they will also have additional resources in the area and will work with on-scene organizers to make sure that protest activities are carried out safely without interfering with public safety operations in or around the airport.

Drivers are encouraged to watch for pedestrian traffic and additional signage in the area of Templeton Street and Grant McConnachie Way and are asked to follow the directions of police and flag persons on the scene.

YVR Airport also put out a statement on Friday about the protest encouraging travellers to have transportation plans before heading to the airport. They recommended giving yourself extra time to get to the airport and arriving at departure terminals ahead of schedule.

Richmond RCMP asked for drivers to watch out for pedestrian traffic and follow signage and police directions while going to the airport. In anticipation of possible traffic detours and delays, all travellers should give themselves extra time to reach the airport.

Here’s their full schedule of the remaining protest events, including the locations for each day: