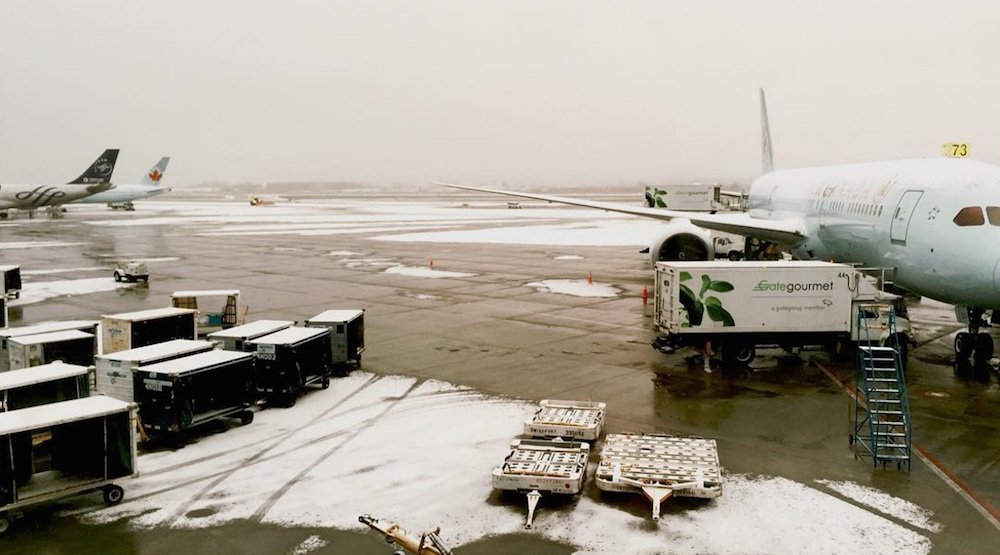 A number of flights arriving and departing at Vancouver International Airport have been canceled today due to weather-related issues here and at destination airports.

Anyone traveling today should consult their airline and YVR’s website for the latest flight updates.

Officials with the Vancouver Airport Authority say the bridges and roads leading to the airport are clear, and at the moment there are no service disruptions on the Canada Line.

The runways are clear of snow and ice, and planes are being deiced to ensure the safety of flights.

YVR says it has 80 pieces of snow-removal equipment worth $60 million at its disposal for use during a major snowstorm, and its snow-response fleet can clear the full 6-lane width and full length of of Granville Street, from the Fraser River to downtown Vancouver, in just 15 minutes.

Its snow-removal equipment includes five snow blowers that have a combined capacity to blow 25,000 tons of snow every hour, as far as 150 feet off from the runways and taxiways.

Three so-called ‘hot tub’ machines, each equal to the size of a semi-trailer, are capable of melting 20 truckloads of snow every hour.

Snow starting to build…Lord let us get in the air..