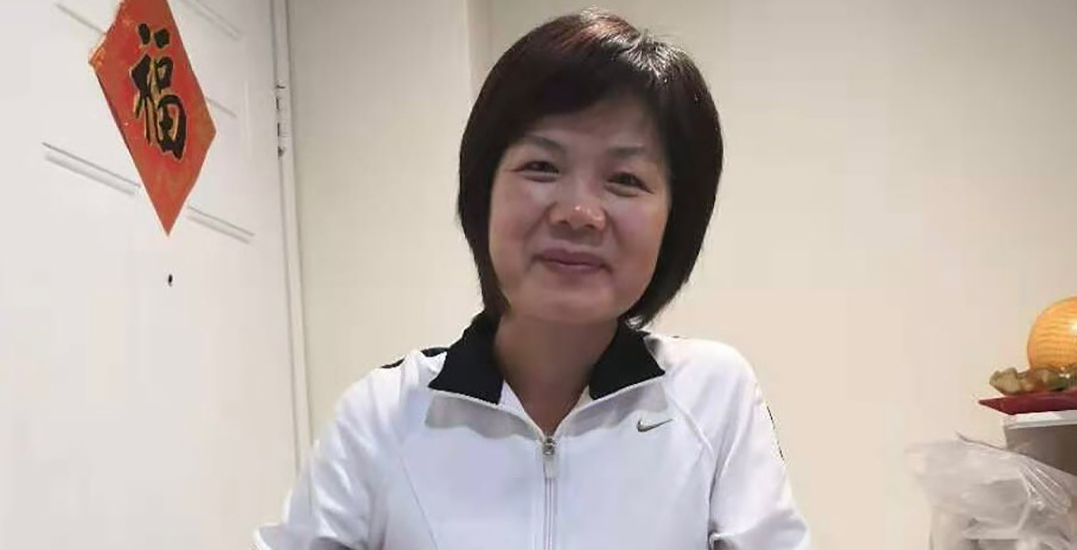 A family is asking for the public’s help in finding 53-year-old Yu Ting Ji, who went missing earlier this week.

According to her family, the mother was last seen on Monday, November 9. She was last seen leaving Waterfront Station in downtown Vancouver at approximately 7:13 am, along Cordova Street. Her last appearance on camera was walking past La Bella Gelateria, located on 1001 W Cordova Street, at 7:19 am.

Ting is described as a Chinese female with brown eyes and black-brown hair. She is 5’5″ tall and weighs approximately 100 lb. She was last seen wearing a white jacket, black pants, a light grey hat, and a white face mask.

According to an Instagram page that was created to help locate Ting, she “left home without ID, her wallet, cellphone, keys, and purse.”

“She has not taken her medication in over 72 hours and may be disoriented,” reads an Instagram post.

The 22-year-old adds that because she was heading west when she was last seen, she may be around Coal Harbour, Lost Lagoon, Stanley Park, Prospect Point, and Second Beach.