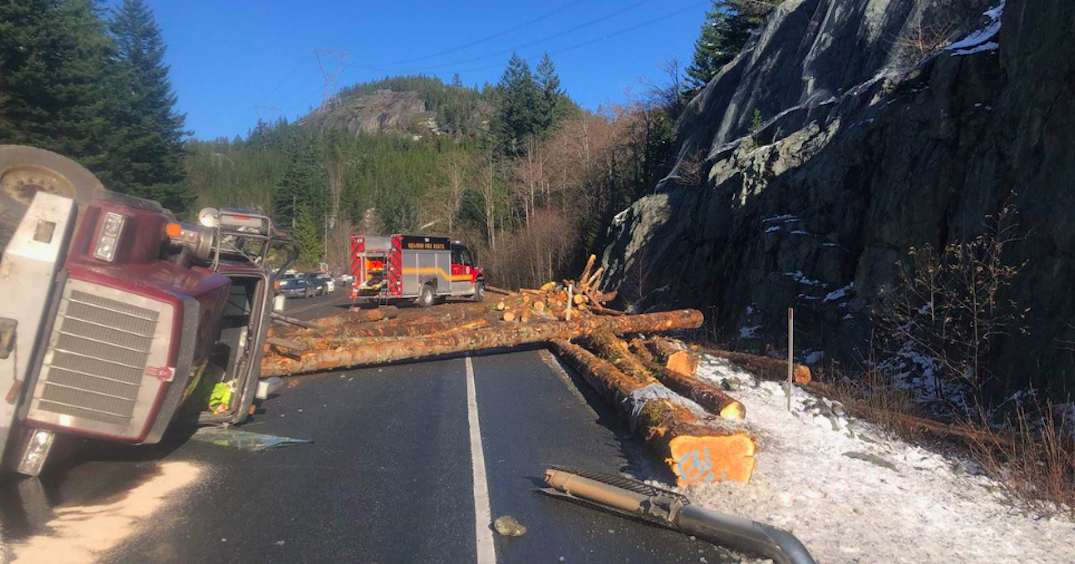 A logging truck has crashed near Squamish on Wednesday afternoon, with “some injuries” being reported, as logs were strewn on Highway 99.

Squamish RCMP said that the crash reduced the highway to alternating one-way traffic.

The police first tweeted about the collision around 12:20 pm, alerting the public that there could be lane closures from the crash 15 kilometres north of Squamish.

The update from police included a photo of the crash, which showed multiple logs strewn on the highway next to a semi-truck on its side.

According to the RCMP, emergency vehicles were still arriving at the scene and that traffic may be halted at points due to clean-up.

Police have not yet reported on the severity of the injuries or how many people have been injured.