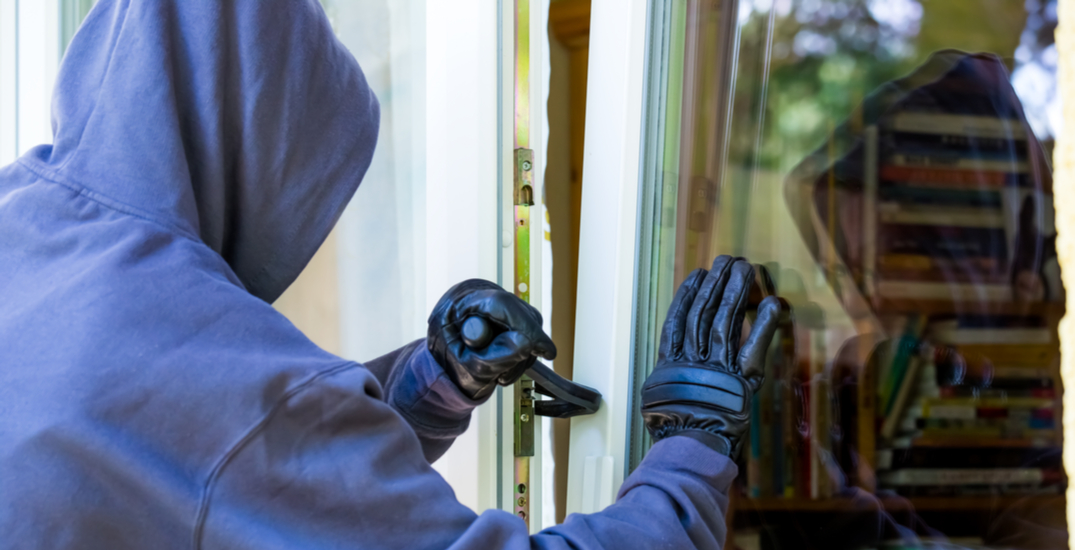 A suspect attempting to break into a home (Shutterstock).

A “prolific property crime offender” was stopped and detained by four youths after attempting to break into a home in Delta.

The Delta Police Department (DPD) says that the incident occurred in North Delta on September 27.

At the time of the incident, a young man passed by his home with three other individuals. He left them in the driveway while he went upstairs.

Police say that when the youth went upstairs, he heard “suspicious noises” that sounded like drawers being opened. But he knew that his parents weren’t home and went outside to warn the three other youths.

“Shortly thereafter, a man is alleged to have exited the residence, walking toward the garage, then grabbing a bicycle,” reads a statement from DPD. “He also allegedly told the youth that he had a gun and threatened them.”

The youths reportedly detained the man, holding him down while they called the police. During a brief struggle, one of the individuals was reportedly bit by the suspect.

Fortunately, the man was arrested and placed in custody, with a court date of October 13. DPD adds that he’s considered to be a prolific property crime offender.

And while DPD spokesperson Cris Leykauf commends the youth in calling the police quickly, she reminds that similar situations hold a substantial amount of risk.

“We’re very glad that the youths called police right away in this matter and that no one was seriously injured,” she says. “They acted quickly to protect the home and property, and showed restraint in their dealings with the suspect.”

“Despite this, we do want to caution others from taking any similar action to apprehend suspects themselves, as there is a substantial risk of injury in such as situation.”