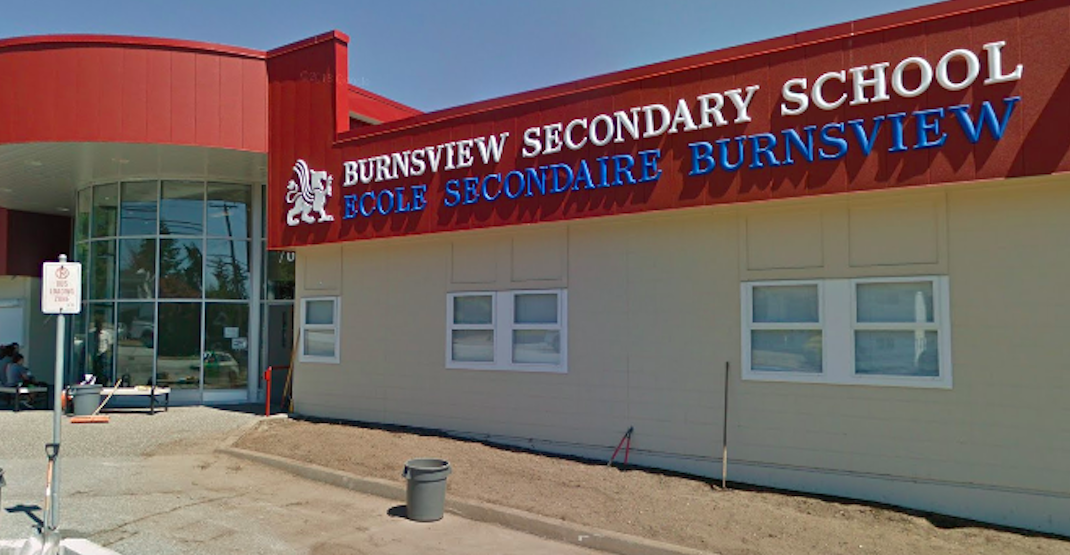 Delta Police said they are investigating a fight between two youth at Burnsview Secondary School that ended with one in custody and another in hospital.

According to Delta Police spokesperson Cris Leykauf, the incident occurred on Tuesday afternoon as classes were being let out.

“Police are just beginning their investigation,” said Leykauf. “However, we’d like to let the community know that a suspect is now in custody.”

Leykauf noted that a weapon was apparently used during the incident, resulting in non-life-threatening injuries to the youth who was taken to hospital.

Police said it’s too early in the investigation to comment on any possible cause of the altercation, but Leykauf asked anyone who witnessed the incident and has not yet spoken to police, or who has video footage or photos of the incident, to contact the department’s non-emergency line at 604-946-4411.

Police did not provide any further details as to the ages or identities of the youth involved.