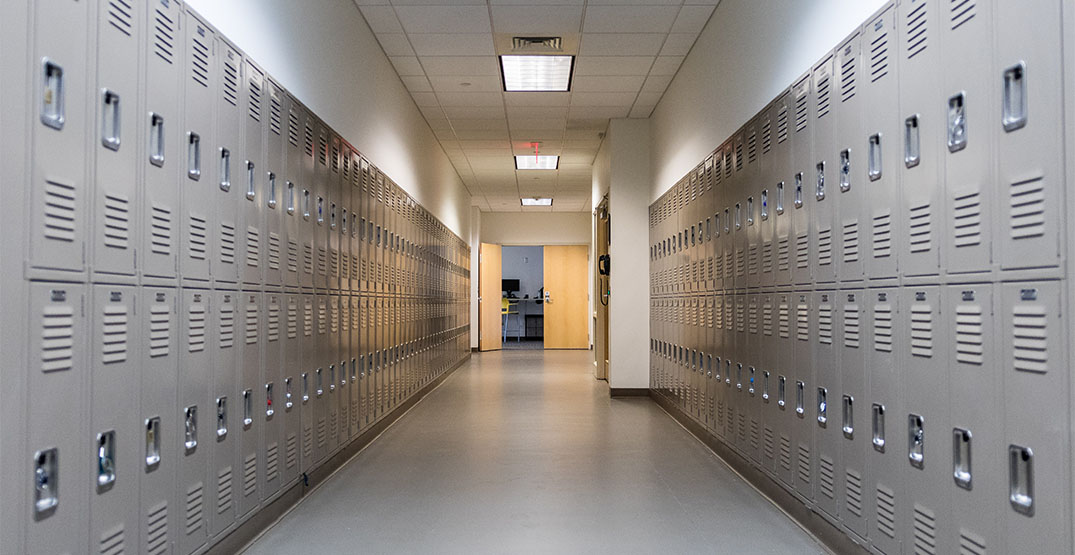 In the wake of an investigation into a violent schoolyard assault on a transgender teen at Ecole Heritage Park Middle School in Mission, police said they are also investigating another similar incident that took place at another school in the community.

On Monday, Mission RCMP Cpl. Jason Raaflaub told Daily Hive that police are investigating a January 13 incident, in which a 15-year-old girl was the victim of an alleged assault on school grounds. The incident was reported to police by the teen and her mother.

“A short video clip was provided and will be part of our charge recommendation to Abbotsford Crown Counsel,” said Raaflaub. “The video shows a female standing over top of another female laying face up on the ground and the other female is seen punching and kicking the one on the ground.”

A 14-year-old girl was arrested “without incident”  in connection with the incident and video, Raaflaub said. She was subsequently released with conditions not to contact the victim and not to attend the Mission Secondary School.

“It appears at this time, the 14-year-old accused who attends Mission Middle School, attended the Mission Secondary School where the incident is alleged to have occurred, [and] the motive is still being investigated,” he furthered.

The first court appearance for the accused in this case is set for late February.

Raaflaub noted that although this incident was “close in time and proximity” to the other incident, “the two incidents appear unrelated.”

In the Ecole Heritage Park incident, two teen girls were arrested in connection with the assault, and Raaflaub said charges would be recommended charges against the pair. He said police first became aware of this incident after the 14-year-old victim and her parent arrived at the Mission RCMP detachment and reported what had happened.

“As a result of this investigation, two young females, approximately 14-years-old as well, were arrested without incident.”

Raaflaub said the pair was subsequently released with pending court appearances in the Abbotsford Court House for late March of this year.

Over the weekend, hundreds came out to participate in an anti-bullying car rally in Mission in support of the teen.

Anyone with further information or evidence that may assist in these investigations is asked to contact the Mission RCMP.