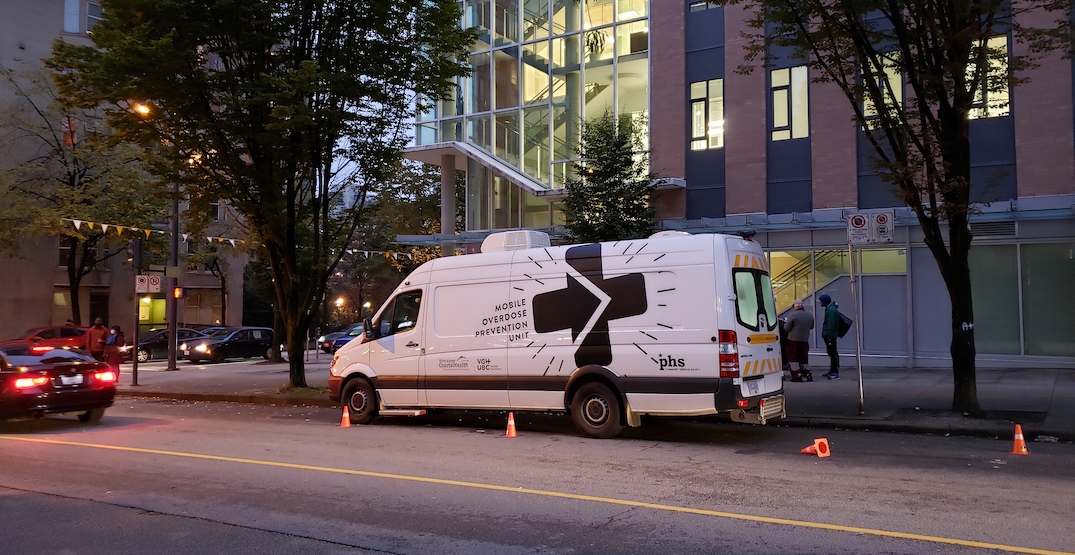 After hearing from over a hundred public speakers last week, Vancouver City Council made the decision today to approve the permanent opioid overdose prevention site near the Granville Entertainment District and Yaletown.

The controversial facility will occupy a 580-sq-ft unit within the social service centre of the city-owned social housing building at 1101 Seymour Street — the southwest corner of the intersection of Helmcken Street and Seymour Street, just across from Emery Barnes Park.

This will replace both the mobile van parked outside the building on Helmcken Street, and the existing overdose prevention site at St. Paul’s Hospital. After the facility opens, the mobile van currently at the location can be dispatched to another neighbourhood in need of overdose services.

The proposal initially had RainCity Housing and Support Society, which operates the existing St. Paul’s Hospital overdose facility, bear the responsibility of the lease and operations of the new permanent site.

But after hearing from public speakers, a decision was made by Vancouver Coastal Health (VCH) to take over the lease, with RainCity retained as the operator.

As the government health agency is not eligible for a lease subsidy from the municipal government in the form of a grant, the decision only required a simple majority to approve the facility, instead of the previous two thirds of city council or eight of the eleven council members.

City Council green lighted the facility in a 7-4 vote, with NPA councillors in opposition.

NPA councillor Sarah Kirby-Yung amounted the transfer of the lease to VCH midway in the decision process as a “changing of the goalposts” — as an easier way to get the decision achieved under a different threshold with the same parties involved.

“The process has been compromised,” said Kirby-Yung. “We’re not responding to the community, and they feel significantly unheard.”

Residents in the area brought attention to city council the increase in needles, property damage, criminal behaviour, and disorder from the activity of the existing mobile van and the conversion of the nearby Howard Johnson hotel into supportive housing for the homeless.

NPA councillors focused their concerns on the public safety issues that were highlighted by the majority of the public speakers, and pushed for a comprehensive public safety strategy ahead of time, as well as increased sanitation in the area, especially for drug paraphilia and human waste.

“Fundamentally we need to bring the community along and engage with them in this process, as opposed to dividing communities, which is what has happened here and how this process has rolled out. It has been very divisive,” she continued.

Kirby-Yung added it “doesn’t make sense to locate something near a children’s playground and where a daycare is coming in,” and highlighted the safety concerns St. Paul’s Hospital staff had with their facility after the death of a worker from a violent assault in August. 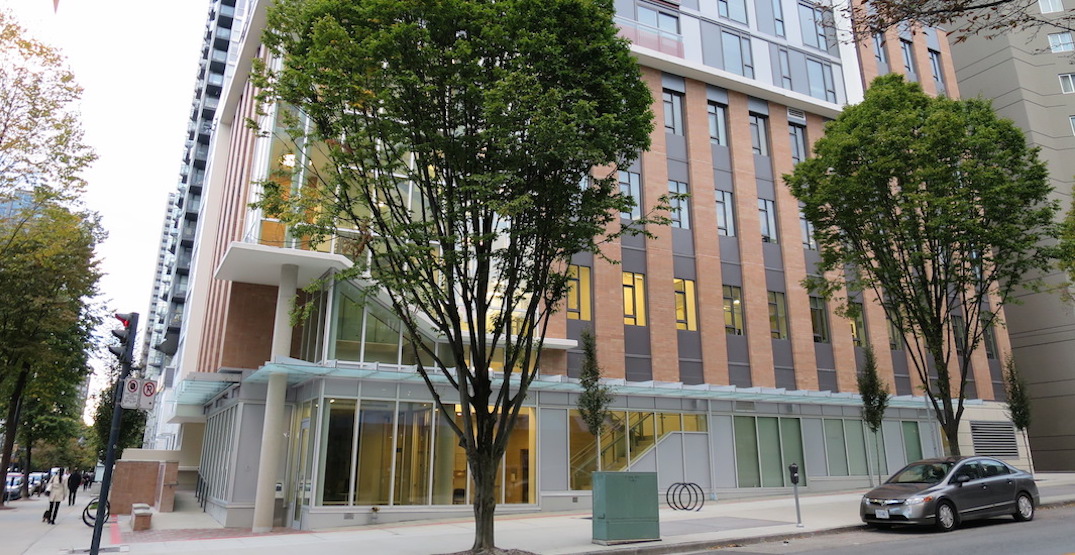 “I recognize that this is a provincial health initiative and it doesn’t require community consultation, but the City of Vancouver has a responsibility to listen and be responsive to its residents,” she added.

“I think it’s really important to note that empathy to me extends to everybody, not just the vulnerable who are suffering currently with addictions. We heard some very real concerns from people in the neighbourhood who have changed their patterns.”

Kirby-Yung suggested the placement of such facilities should, at a minimum, follow the municipal government’s regulations for where cannabis stores can be located — away from public parks, playgrounds, and schools.

This was also the recommendation of Vancouver Police inspector Bill Stearn during the meeting when questioned by city council.

Melissa De Genova, another NPA councillor, emphasized on the importance of following the city’s Four Pillars Strategy by fulfilling and balancing the execution of policies that support all four pillars (prevention, harm reduction, treatment, and enforcement), asserting that currently only the pillar of harm reduction is being rolled out.

“There’s a lot of mischaracterization on what the Four Pillars Strategy is and how Vancouver has approached it. I see the enforcement pillar as not a pillar to enforce simple possession, but it’s used to enforce everything that travels up from organized crime, money laundering, and to people who are actually committing violent crimes against our most marginalized and vulnerable people. It’s almost like we’re afraid to talk about this one pillar… we need all Four Pillars for this strategy to work,” said De Genova.

“Enforcement is important… enforcement of property crime, violent assaults. Harm reduction, enforcement, or public safety are not exclusive of each other.”

She also highlighted the success of the Portugal’s comprehensive substance abuse strategy, which has a more aggressive approach for enforcement compared to Vancouver. 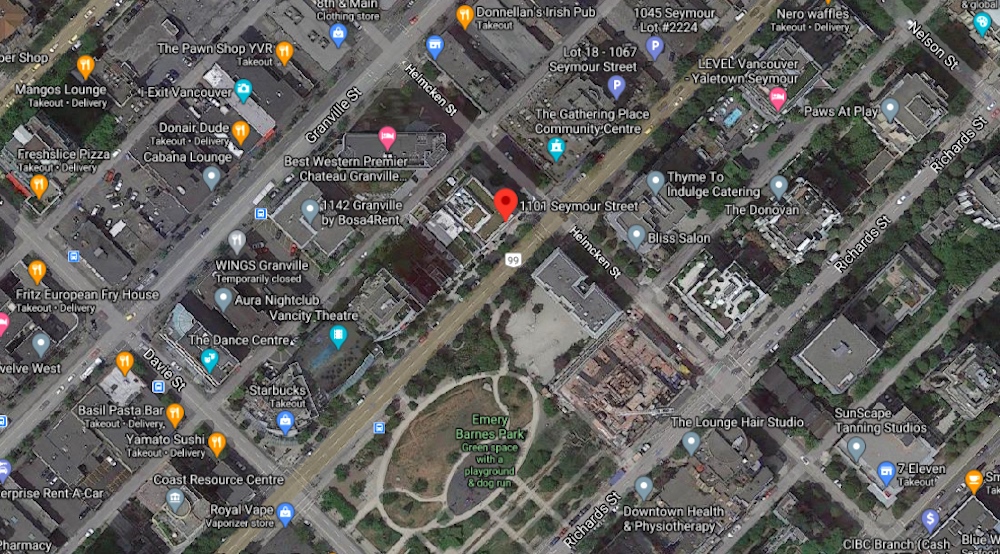 Other councillors stated they believe they had an obligation to approve the provincial health initiative, which technically does not require public consultation or city council’s approval. The facility became a city council issue under the original proposal to subsidize RainCity’s lease.

“We know this proposed overdose prevention site will save lives,” said Green Party councillor Pete Fry. “What we’re not talking about and need to talk about more is how this site will improve lives not just for people who use drugs but for everyone. For nearby businesses, residents… we heard loud and clear all the concerns from the neighbourhood who have noticed legitimately a significant change since the opening of the Howard Johnson… I saw first hand how out of hand the mobile van was.”

“But these things are happening now regardless of the fact that there is a overdose prevention site here right now. This is why we need harm reduction, not just for people who use drugs but for the whole community, so that we’re managing public drug use that’s already happening in the community and we’re managing distress… This overdose prevention site is actually a solution to some of the problems that the community at large is already grappling with.” 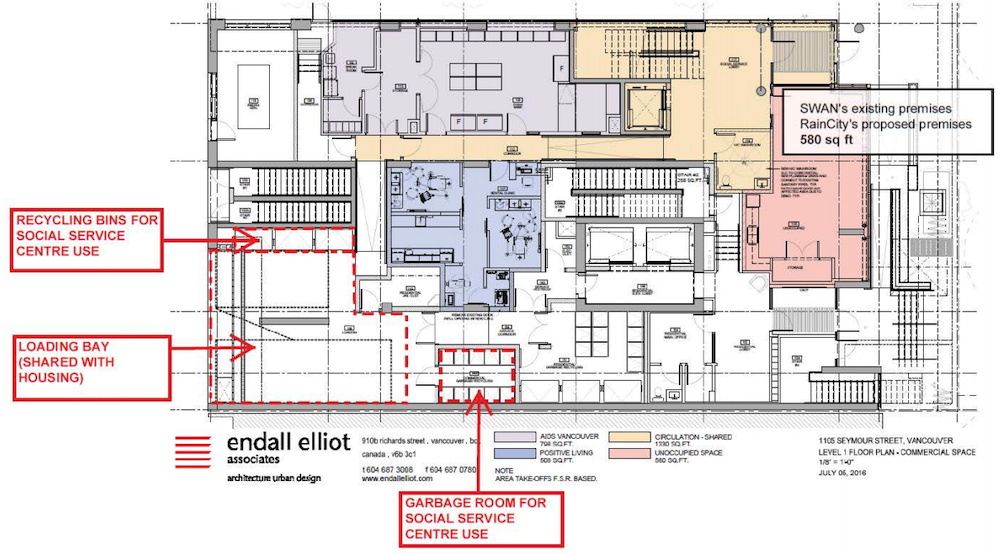 Mayor Kennedy Stewart commented on his belief that the new overdose site will set a new positive precedent for how harm reduction can be rolled out.

“I’m really proud of this neighbourhood… I think this is not just a local discussion we’re having, it’s a national discussion,” said Stewart.

“There is a lot of intent and emotional discussion from folks worried about change in the neighbourhood, but also folks who have lost loved ones to overdose. That’s where my attention will always be, it’s alleviating the suffering and death — that is imperative on us. I will also talk to my colleagues across the country about how proud I am with this council for having these tough discussions and moving ahead what is very groundbreaking policy in Canada.”