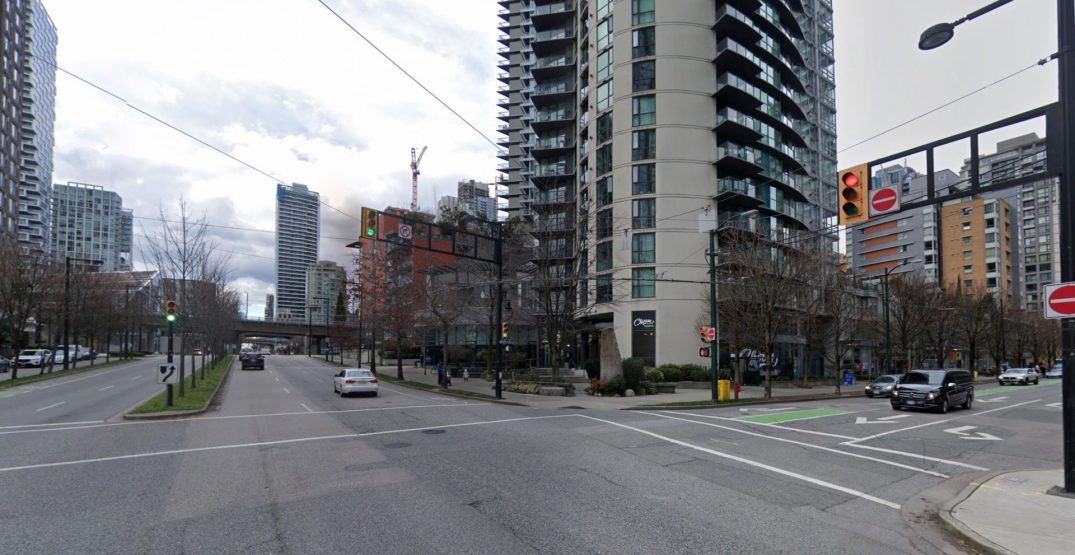 Vancouver police are asking for any witnesses to a frightening collision in Yaletown on September 8 to come forward with details. In particular, they’re looking to speak with someone who had a close call with the car.

Police say this witness “narrowly avoided injury when an out-of-control driver careened through the streets of Yaletown.”

“A number of people saw a woman pushing a baby stroller on Richards Street when this terrifying incident occurred the morning of September 8,” said Sergeant Steve Addison.

“We believe this person had to jump out of the way to avoid being hit, and we’d like to speak with her to find out more.”

Then, they hit a tree and crashed through a construction fence by Richards and Pacific Street around 11 am on Wednesday, September 8.

The driver, a 27-year-old man from Richmond, was arrested at the scene.

However, the VPD are still collecting evidence. They would like to speak with the woman with the stroller, who they believe has valuable information that could assist the police with their investigation.

“This was a very chaotic situation, and we think this person likely walked away before speaking with police,” said Sergeant Addison. “We’d like this witness, or anyone else we haven’t yet spoken with, to get in touch with our investigators.”