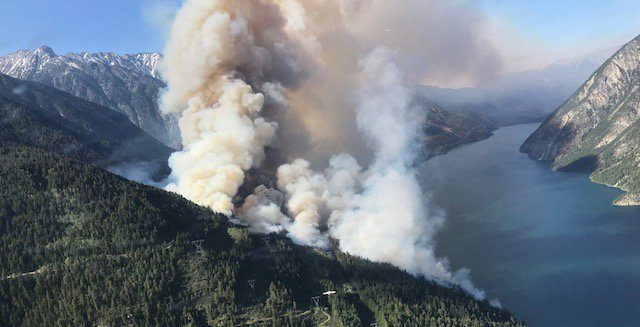 A wildfire that’s been burning since early last week is now out of control as it grows to five  km² in size.

North of Pemberton, the Xusum Creek fire is located near Anderson lake, approximately 10 km northwest of D’Arcy and 35 km west of Lillooet. 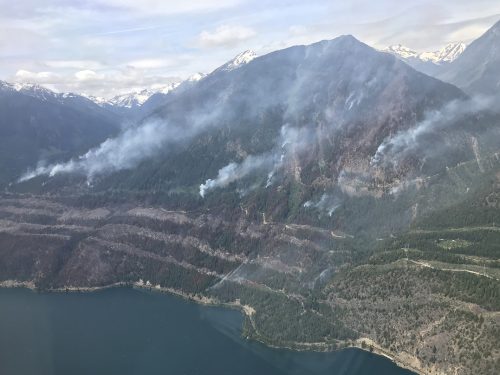 The BC Wildfire Service has been combatting the flames over the weekend and has the fire 25% contained, however, they have still labelled the incident as “out of control.”

The Squamish – Lillooet Regional District has since issued an evacuation order for several properties located on Highline Road, residents located within the properties have been ordered to evacuate immediately. 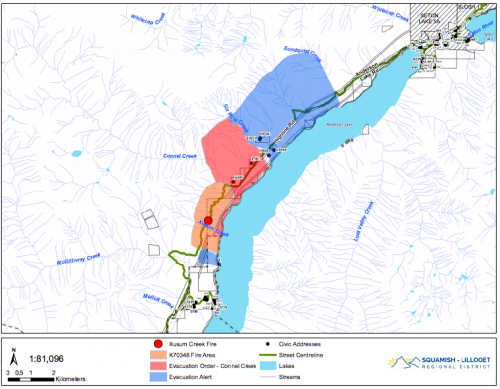 Seton Valley, a community near the fire, will also be holding a town gathering on Tuesday, May 29 to prepare community members in the case of an evacuation order.

The fire is currently estimated to be five km² in size or 500 hectares. For reference, the size of the fire is approximately 80% of the size of Stanley Park.

A total of 82 personnel are on site, assisted with air support and heavy equipment. The cause of the fire still remains under investigation. Fire origin and cause personnel are still investigating the matter.